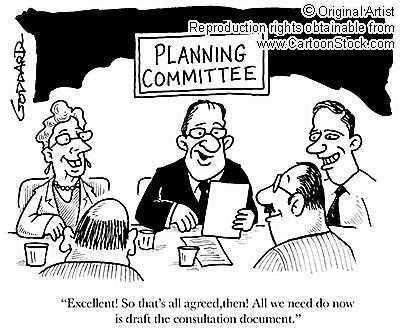 In view of the “consultation” on Schools, and taking into consideration the issues raised by the undemocratic and extremely flawed process in Glasgow (see HERE ), East Dunbartonshire Council need to take into consideration a number of points to ensure children have the best educational experience possible. Campsie Branch SSP have, with the consultation of members involved in Education, written this document.

There is at present a real dichotomy in Scotland between the new skills based practices needed and being highlighted by progressive educationalists through publication of the New Curricullum for Excellence and the older, outdated, more conservative practices and cheap class environments wanted by those who want our children to behave like profitable products. Education is a public service – a right, not a market or a business. It should be run according to the needs of the children, not on the basis of how much profit can be made.

The newly built “cost effective”, privately funded classrooms built to minimum standards do not allow movement in the way the Scottish New Curriculum for Excellence calls for. Children in large classes are more likely to spend most of their day sitting at a desk for four hours – or more - of their six hour school day. Crowd control becomes the onus of the schools staff, rather than the children’s learning experience.

The present Government are creating a three tier system – private schools for those who can afford it; and a two streamed system based on the results of outdated tests and teaching practices and financial ability to move schools. Our present strained system and the financial plundering of education, instead of challenging an unequal society, reproduces it, benefiting those pupils and students from well-off families who can push to have their children moved to more “desirable” seemingly competitive schools, and who can then drive their children to these schools far from their homes. Choice is only available to families with the least constraints on their time and finances. This fails to meet the needs of most children in Scotland, especially those from working class families, single parent families and minority ethnic groups.

Children, in the present system, learn to step on each other to “win” and come first, and also learn under these cramped, and therefore necessarily regimented crowded spaces, that their opinion is “unnecessary”. In a competitive learning system, there can only be one winner - and the rest of the children are "losers". There are other ways to encourage learning/ life long learning. Schools should be encouraging discussion, debate, critical thinking and peer to peer teaching. Cramped schools, isolated from the communities they serve, do not promote this at all.

If properly implemented, The New Curriculum for Excellence allows teachers to introduce proven, up to date educational methods that raise the attainment of children across the board – ie, those of “emulation” and democratic class and school methods – and these are most effective in smaller class sizes and in classes with less groups. The Government has cut funding for schools with special needs and for children who need help beyond a traditional classroom, but at the same time justify this by calling for “integration” etc. In the competitive classroom practises advocated by successive neo-liberal administrations, this is extremely alienating for huge numbers of disadvantaged, working class children. New, “emulation techniques,” rather than encouraging detrimental competition between individuals, ensures children as well as teachers, learn to pass on skills to their peers. A competitive system creates children who think, “I did better than you… I am better than you,” whereas an emulation system creates children who think, “I know something you may not. Passing my knowledge and skills to you improve the class group/community/society.”

The New Curricullum, regardless of the method of implementation advocated by the teacher/learning establishment/ local authority is extremely difficult to implement in an atmosphere of control/ in a place with little democracy/ in a place far removed from their community and in buildings built only to the minimum specifications in order for the private building company to make the biggest possible profit. Context in education is paramount. Children need friendly, welcoming, local schools with the maximum amount of adults per child possible (20 or less per adult). School closures negate all attempts to implement the very essence of the New Curricullum - democracy in education... and the active, spacious classroom needed in order to do so. Current policy in re-builds delivers the minimum specification possible in order to ensure profits for the corporations.

HMIE have called for more outdoors teaching – this, for any one adult, becomes difficult with class sizes over 20. It is a dichotomy to call for one thing, but make it near to impossible to implement. Smaller class sizes, plus close-to-home local schools where parents can help out etc can ensure a better learning experience.

Research on lower Primary Years (P1-3) published in 2003 gives us much more to think of (while being told that because of our tax money being frittered on Bankers debts we must tighten our belts):

http://www.classsizeresearch.org.uk/results1.html (Department of Psychology and Human Development at the Institute of Education, University of London, UK.)

The research goes on to say, “Class size effects on classroom processes are not singular but multiple. As the size of the class increases, size and/or number of groups increases, and the management of groups, both in terms of size and number, becomes ever more crucial.
Perhaps the clearest effects of class size were on teaching. Pupils in smaller classes were more likely to be the focus of a teacher’s attention and experience more teaching overall in mathematics, while in larger classes pupils were more likely to be one of the crowd. Many teachers worry that in large classes they cannot meet the needs of all the children in their class.”

Large class sizes are detrimental to our children – and school closures rather than reinvestment in some of the smaller country and urban community schools, ensure our children struggle and have an unhappy school life isolated from their community. Current practise in replacing smaller schools with privately funded super-schools impair implementation of the New Curriculum for Excellence, so disadvantaging our children. The marketisation of Education has disadvantaged many low and middle income families.

read Rich Venton on "Twenty's Plenty in any class!"

Excellent! A well researched and argued contribution. It is refreshing to see someone make learning and teaching the starting point. This is in stark contrast to the cuts-driven agenda of the political parties in the council building.
Allan Green