Loch Katrine; a triumph of community values over private greed

It was the mid-19th century equivalent of the moon landing, and all Scotland was in state of excitement. In Glasgow, the city bells rang out in celebration of the new dawn that was about to break. In Edinburgh and Stirling, cannons roared their approval from the castle battlements.

But the main stage was a lonely, eight mile stretch of water in the wild, mountainous Trossachs. There, on the shores of Loch Katrine, Queen Victoria was about to open the new aqueduct that would supply the great and growing city of Glasgow with fresh, clean water for centuries to come. 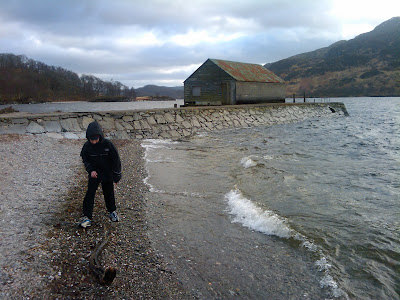 The day was suitably dreich, swirling grey mists merging with soft Highland rain. As Queen Victoria turned on a small tap, 400 members of the Glasgow Volunteer Rifle Corps fired off a royal salute. The volley shattered every window of the lochside cottage where she had been due to spend the night.

But no matter. October 14, 1859 was a special day that would change Glasgow and Scotland forever. As the sluice gates opened, the pure water began its 34-mile journey south.

At the start of the the 1850s, Loch Katrine was already famous across the English-speaking world as the setting for Walter Scott's epic poem, Lady of the Lake, and his novel, Rob Roy, celebrating the exploits of Scotland's most famous Highland outlaw.

This beautiful and desolate landscape, steeped in history and romance, was a different world from the fever-ridden slums of the growing city to the south west, where life expectancy was just 27 years.

One contemporary historian Andrew Wallace described the gruesome scenes in the city during a cholera epidemic in 1832: “Husbands returning from the funerals of their wives were seized with the disease and hurried off to the common grave. A great covered caravan was employed in the city for the removal of dead bodies from the streets”.

The epidemic led to a long-term campaign of petitions and public meetings calling for the city’s water supply to be brought under municipal ownership. 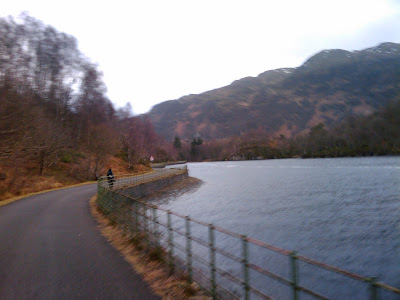 At that time, two private companies controlled the water supply; using steam engines, they pumped it out from the River Clyde into two reservoirs, near where the Royal Infirmary now stands. The filthy water, contaminated with sewage and chemicals, was then distributed to 27 public wells around the city, where families would queue up with their buckets day and night.

Eventually, in October 1845, a committee of the council voted unanimously “that it would be better if the supply of water and gas was taken out of the private joint stock companies and brought under public control.” The proposal was voted down, by 16 to seven, at a full council meeting.

Then in 1848 and 1849, cholera returned. This time, the epidemic spread from the slums into the more prosperous parts of the city. Thousands perished. The town council now came out strongly for municipal ownership, and presented a bill before Westminster.

They also appointed a chief engineer, John Frederick Bateman, to locate the best source for a fresh water supply. The 40-year old Halifax-born engineer had already masterminded the construction of a public waterworks supplying the city of Manchester. The Longdendale scheme had involved driving a 3000-yard aqueduct from into the city.

But what he now proposed was startling in its audacity, and towering in its vision. His plan was to create a 34-mile aqueduct capable of transporting 50 million gallons of fresh water daily through some of the wildest mountain terrain in Europe, and into every home in Glasgow.

When the town council adopted the plan, there was political uproar. The private water companies went on the warpath. Landowners in the Trossachs denounced the proposed “robbery” of their water and land. Wealthy Glasgow property owners objected to paying higher property taxes to fund the project; it would bankrupt the city, they declared.

The Admiralty joined in the affray, claiming that the scheme would reduce the flow of water into the River Teith, a tributary of the River Forth, which in turn could endanger the navigability of the Firth, and maybe even drain the entire river dry.

Frederick Penny, an eminent professor of chemistry at the Andersonian Institute in Glasgow, warned that it would be “extremely hazardous” to supply Glasgow with water from Loch Katrine. The action of pure water on lead piping would poison the population, he told a House of Commons committee considering the bill.

After hearing evidence from this parade of objectors, the parliamentary committee threw out the plan. But Glasgow's Lord Provost Robert Stewart was a determined and committed man.

The journalist and politician, John S Clark, would later describe him as “the Trojan of the struggle [who] got his teeth into the principle of public ownership and and held onto it with the tenacity of a vice. He schemed for the measure, piloted his colleagues and battered down opposition with tireless energy.”

Within the council, the debate grew even more fractious. One opponent, Baillie Gemmill, suggested that “the inevitable consequences of Loch Katrine water would be that poison would be carried into the systems of the inhabitants using it, producing slowly and insidiously injury to the constitution in various forms, leading to the most excruciating pains and terminating in death.”

In response, the Lord Provost's right hand man, Bailie Gourlay, warned, “If by your votes this day the council should propose to abandon this undertaking, you will do more injury to the health, to the sanitary improvement and to the commercial prosperity of the city of Glasgow than either you or your descendants will ever be able to repair.” 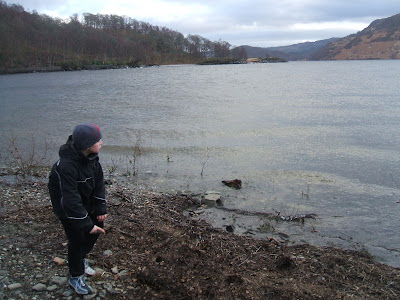 Although most of the press backed the opposition, the Glasgow Herald threw its weight behind the council: “Everyone knows that the rich can get pure water...they can dig wells to their own houses, or sweeten impure liquid by filters, or they can leave the city altogether, as a place of residence, should water fail. The poor man can do none of these things...the poor people have to carry or pump it laboriously for their domestic purposes from a reservoir – a work at which they can be seen toiling from morning till night.” (Glasgow Herald, February 24 1854)

Pragmatically, the council now offered generous compensation packages to neutralise the opposition. The two failed private water companies would receive £800,000 over the next 30 years in annuities, interest payments and debt write-offs. In today's money, it would be worth around £60 million.

The two major landowners along the route of the aqueduct – the Duke of Montrose and the Earl of Ancaster - were to receive over £100,000 between them . And to placate the city's own disgruntled property owners, the council promised to reduce the proposed levy on the rates by two thirds, from 2/6d to one shilling a year.

With the most powerful opponents of the project effectively bought off, all talk of impending calamity ceased. On July 12 1855, the prosaically named Glasgow Corporation Water Works Act received royal assent, and within a year, the great construction project got underway.

It was a monumental undertaking. The west side of Loch Katrine, where the aqueduct would begin, was well-nigh inaccessible, with no roads and just a few isolated few dwellings. Even the clans had gone, put to the sword after the defeated Jacobite Rising of 1745.

But for three and half years, this heartland of the Clan MacGregor was to resounded once again with the old Gaelic tongue, though in an unfamiliar dialect. Of the 3000-strong army of navvies drafted into these glens, many were Irish-speaking refugees from the famine that had recently blighted their land.

To accommodate the influx, new villages of timber and mud sprung up along the shores of Loch Katrine, Loch Arklet, Loch Ard and Loch Lomond. The biggest of these, at the head of Loch Chon, spread over 53 acres, and had grocers' shops, reading rooms, a schoolhouse, and a church. The constant blasting of gunpowder in the surrounding hills led the inhabitants to nickname their new town Sebastopol, áfter the famous battle of the Crimean War.

Meanwhile, in the factories and workshops of the Lowlands, mechanics, iron moulders and blacksmiths churned out the pipes, tubes, troughs, beams and girders that would support the elaborate structure.

The aqueduct consisted of 80 tunnels blasted under the mountains and 25 bridges of iron and masonry. It carried the water into a new reservoir at Mugdock on the northern outskirts of the city, from where it would then flow into every home in the city, via an 800-mile labyrinth of underground pipes.

For the open-mouthed Victorians, the new Loch Katrine waterworks was the eighth wonder of the world. Engineers and scientists around the world hailed the structure as the greatest engineering feat since the Roman Empire.

More importantly for the citizens of Glasgow, the Loch Katrine scheme was also one of the great public health achievements of the industrial age. When a new cholera outbreak swept Britain in 1866, Glasgow escaped almost unscathed, with only 53 deaths compared with over 4000 in the 1848-49 epidemic.

Eventually it was discovered that the lead poisoning warnings, though exaggerated, had contained a kernel of truth. Because of its purity, Loch Katrine water was vulnerable to contamination by lead from pipes and cisterns. Only in the late 1970s did the authorities finally rectify the problem by adding lime to the reservoirs.

Yet, even that legitimate health concern had been blown out of all proportion. In today's context, it would be like refusing to feed starving children in Africa on the grounds that cholestorol can be harmful.

Indeed, research in 1990s discovered that other environmental influences, such as deprivation and diet, had wreaked far more serious damage to the health of Glaswegians over the generations.

The other objections to the Loch Katrine water scheme were to prove groundless. The Forth continued to flow, confounding the predictions of the Admiralty. To this day, the town of Stirling deep inland is still navigable by vessels of up to 100 tons.

Glasgow, far from descending into bankruptcy, rose to become one of the greatest industrial cities the world had ever seen, its prosperity underpinned by the fresh, mountain water cascading into the city.

And not only was the new water clean – it was also cheap. Manufacturers' water charges were cut by half, while household bills were slashed by two thirds.

Inspired by the success of the new public water supply, Glasgow town council launched one new public project after another. In 1867, the city took control of the gas supply, cutting bills by half, and providing street and tenement lighting.

The success of Loch Katrine project was a triumph of community values over those of the free market, and would leave a deep imprint on the psyche and political culture of wider Scottish society for generations to come.

Today, Lord Provost Robert Stewart's name is commemorated by a soaring architectural landmark in Glasgow's Kelvingrove Park. Built after his death in 1872, the Stewart Memorial Fountain - topped by a bronze statue of Walter Scott's Lady of the Lake – is about to be restored to its old glory, after lying derelict and vandalised for 15 years.

But the Loch Katrine aqueduct remains his greatest monument, a structure which will supply the city of Glasgow with Highland water for the next 150 years and beyond.

As he told a banquet given in his honour in Glasgow in 1860: “I leave to you a work which I believe will, with very slight attention, remain perfect for ages, which for the greater part of it is as indestructible as the hills through which it has been carried.”

this article is published with kind permission of the author. it originally appeared in december 2009 in The Scottish Socialist Voice