Leftbanker - Do We Need the Rich? 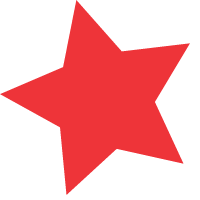 The cry that goes out whenever a fair tax redistribution system is suggested that if one was implemented the rich would leave the country in droves. The implication being that we either could not function without them and that our economy and our society would crumble. Is this really the case? The facts would point to a completely different picture.


Figures derived from the HM Revenues & Customs report show that the majority earn most of the wages in Scotland.


However, the top 7.7% of earners take home 26% of the total  wage pot. Would increasing their taxes make them all leave the country? This is very doubtful as there would not be sufficient jobs, there are 193,000 of them, which pay this level of these wages in other countries. These people have family and cultural ties that would make them not want to leave Scotland on this scale. The other interesting thing about this table is that the top 20,000 of earners take home about £4 billion before tax a year. Yet the richest 100 Scots have a personal wealth of over £16 billion.


This rich elite are contributing very little  to the country through earnings and taxation.  It would be them that had the financial ability and incentive to up sticks and leave but losing them would be no real financial loss to the country. But we would want to hit them with a one off 10% tax on their wealth before they could scarper. They have benefited from a massive redistribution of wealth over the last thirty years that has seen the liquid wealth of the bottom 50% of society fall from 12%  to 1%  while the top 0.01% have seen their incomes go up by 500% in the same period. This income inequality goes much deeper with the top 20% of households earning 15 times the bottom 20% of households (£73,800 to £5,000). The rise of credit over the last three decades that resulted in the great credit bubble is largely down to this redistribution of wealth. How else could we pay for anything?


But where would our industry be without the investment of the very rich? Figures published by the office of national statistics show a very different picture. Most of the investment in UK companies comes about to provide working people in the UK and overseas with their retirement and to protect them against future unknown risks through their pension and insurance funds.  68% of the ownership of UK shares in the hands of UK and overseas and pensions and insurance funds. Only 10% of UK shares is held by private individuals. The bulk of this 10% has not come from the rich ploughing money into companies but from  companies giving shares as part of a bonus package to their senior personnel within these companies. It is part of the transmission belt of the redistribution of wealth we have seen over the last thirty years.


Finally, we are faced with a public debt of £935 billion, £305 billion has to be renewed in the next five years, which the government is forecasting will grow by £535 billion over the next five years despite the cuts and on top of that interest repayments of £250bn over the same period. How are we going to pay for this?  Is it the rich who have benefited from the credit bubble economy or the majority of us?Well it will be largely us. UK pension funds own 33% of UK public debt while the Bank of England (BOE) holds another25% and foreign central banks hold 28%. The BOE of is owned by people of the UK and acts as its’ central bank by being the UK government’s bank.  No rich individuals are stumping up any sizeable chunks of their money to pay for the public debt. Debt that was and is largely being run up by the financial crisis and the resultant recession which the rich had a big hand in causing.
Do we need the  rich?