This is the third (and last) in the series of podcasts that were the result of a public meeting in Kirkintilloch organised by the Scottish socialist Party. Willie Telfer, local activist and PCS Representative, talks about his work in the union, how the cuts are effecting his members and workplace; the Hutton Report which has just been released today 15 March and local activism against the Tory/Labour administration in East Dunbartonshire He also highlights the demonstration against the cuts in London on 26th March. 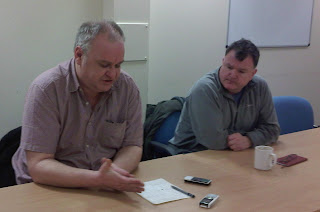 The music in this podcast is from PP Arnold, Echo and the Bunnymen, Roy Moller and Socialist Activist Kevin Robin’s song Corporate Anorexia based on a poem by Kathy Tytler.

The views expressed are the speaker’s own and not those of any other individual or organisation. 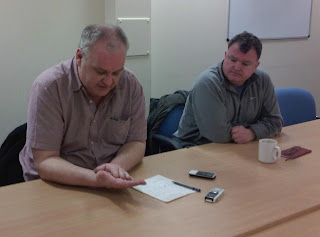 To download on to your mp3/ipod and to access an archive of all SSP Campsie Podcasts, click HERE
Posted by Campsie Scottish Socialist Party at 3/15/2011 03:48:00 pm