My View on Scottish independence:

How to Confuse an Electorate
Bill Newman, retired Banker 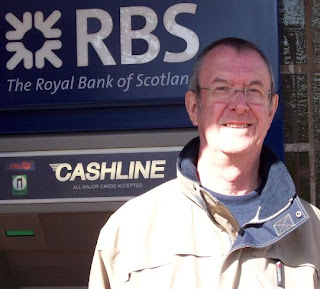 It is becoming increasingly apparent that the Bitter Together campaign, far from engaging in an honest debate, is deliberately raising a multitude of specious questions to throw confusion in the minds of the electorate.  By posing an endless series of questions, to many of which they know there are no definitive answers, they hope to sow confusion and doubts on matters where no real issues arise,or, at least,where no decisions are needed prior to independence.
The question of EU membership is a typical case.  There are many interpretations,legal and otherwise, as to whether Scotland (and, incidentally,the rest of the UK - RUK) would automatically become a member of the EU on independence.  There are no definitive answers to this question.  Nor does it matter whether automatic membership would apply or not.  If not, then does anyone seriously think that neither Scotland nor the RUK would be granted accession on application?  This, of course, begs the question whether membership would be desirable; Jersey, Guernsey and the Isle of Man seem to get on perfectly well without membership, not counting our northern neighbours, Norway.
To cite just one of many other red herrings.  The position of an independent Scotland's currency need not depend on negotiations to become a subservient client of the Bank of England and English interest rate policy.  Indeed, Alec Salmond has been most unwise to imply that Scotland should continue the current ties.  Scotland could very ably establish its own monetary authority, and its own currency (the old Scottish Merk?) could shadow sterling, at least on a temporary basis, without being beholden to Westminster and the Bank of England.
There are many other examples of Bitter Together's attempts to muddy the water (Trident comes to mind), and the Yes campaign must not be drawn into pointless debates which present a defensive posture.  Let's get back to the core reason why independence is necessary.  We do not wish to continue at the beck and call of a Government antipathetic to our needs and desires.  We are distinctive and we need to be in charge of our destiny.
Bill Newman
Posted by Campsie Scottish Socialist Party at 11/03/2012 11:41:00 am

When you look at Alex Salmond's proposal for a post-independence monetary union, consider two things. Consider the possibility that this was intended to be a reassuring proposal for the benefit of those concerned about what they might intuitively think of as the more "drastic" option of an independent currency.

Consider also the possibility that Salmond has merely drawn his opponents into making the case against monetary union for him. If he wanted the idea rejected, what better way to ensure that this happened than to suggest it as his preferred option?

Remember what happened with the "second question"?

I agree with everything you say.

I'd love the Merk as a currency. Ireland, I think had the Punt, which for many years shadowed the pound. of course Gibraltar, Jersey, Guernsey and IoM all have the pound, but a different one.

We must at all costs have a government which reflects the aspirations of our own country, not the very different aspirations of the neighbouring one.