Our branch has been extremely active over the past few weeks on the Yes campaign across East Dunbartonshire.  We have had RIC stalls, leafleting, partying and direct action.

The photos show only some of our activities, some may not be admitted for a few months after the referendum!

The pics show one of our biggest stalls, organised by us, and joined by Yes Bearsden/Milngavie and RIC Kirkintilloch.  We asked Citizen Smart and other musicians along last Friday as well as the awe-inspiring symbol of Independence, the Green goddess, Spirit of Independence, which is no longer green!

I'll add photos of Saturday's stalls, which were all over the constituency when I have them.
Thanks to David Thomas and Thomas Swann for these pics!

And of course, our first of a series of huge banners throughout the constituency and beyond - our banners will be seen soon on the Ochils and the Kirkpatrick Hills as well as again, on the Campsies.  The Hills have Ayes - keep watching! 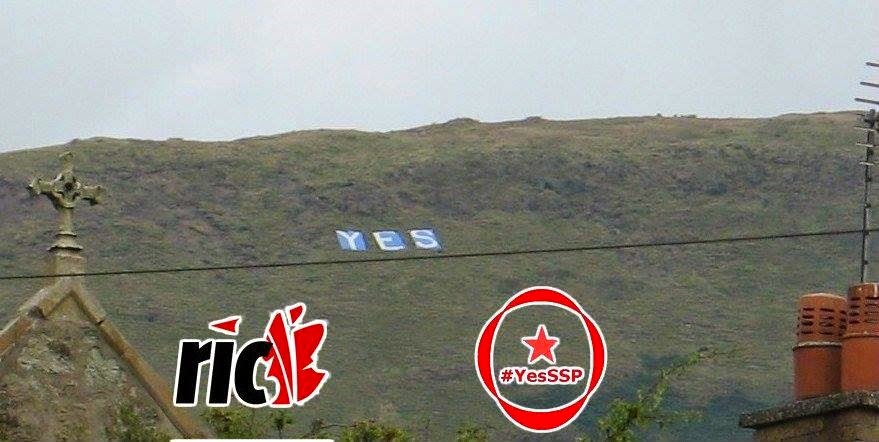 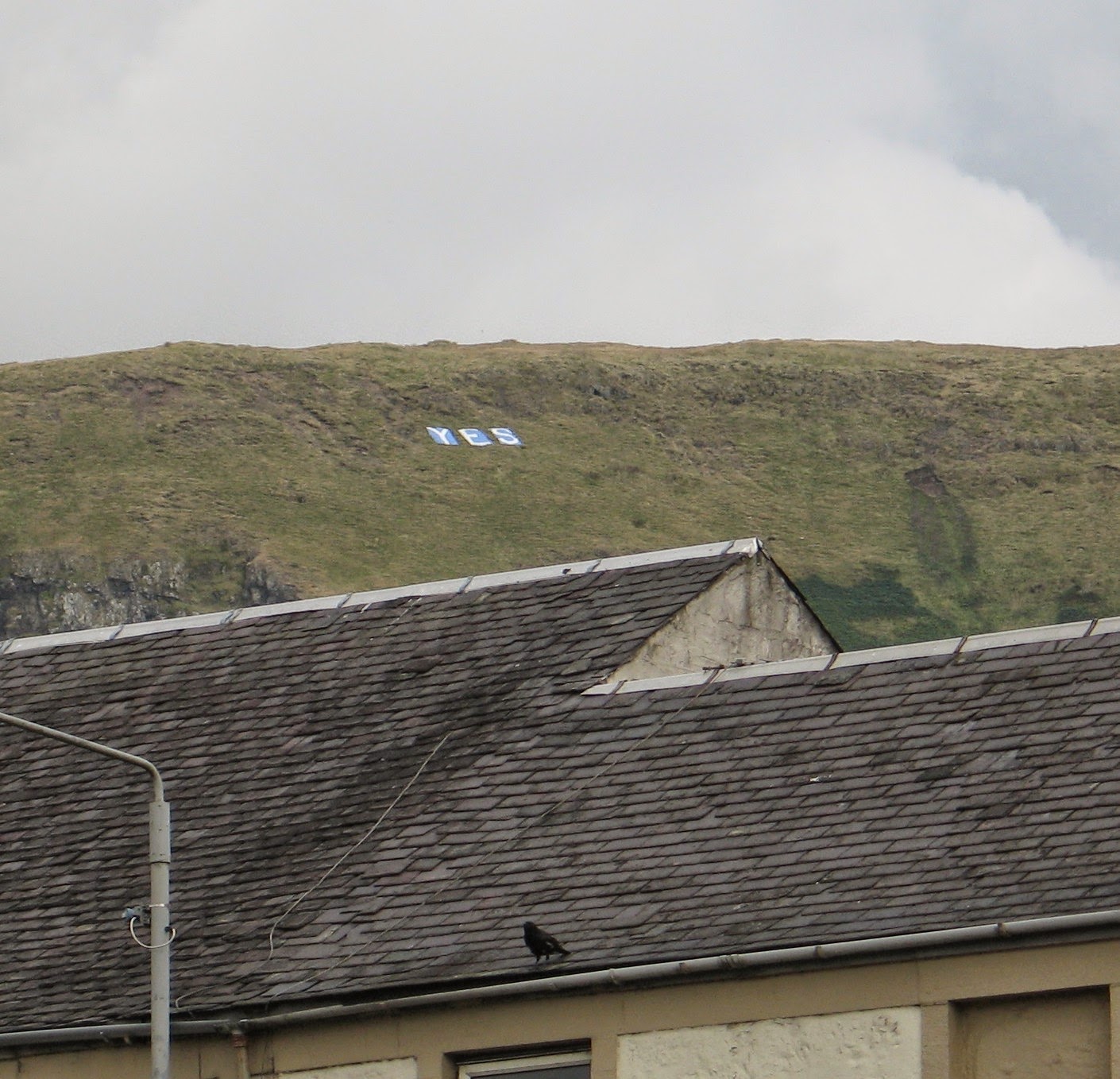 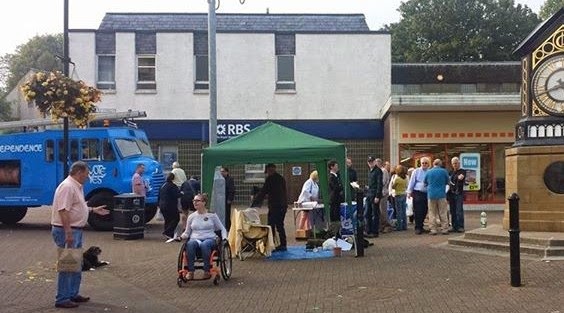 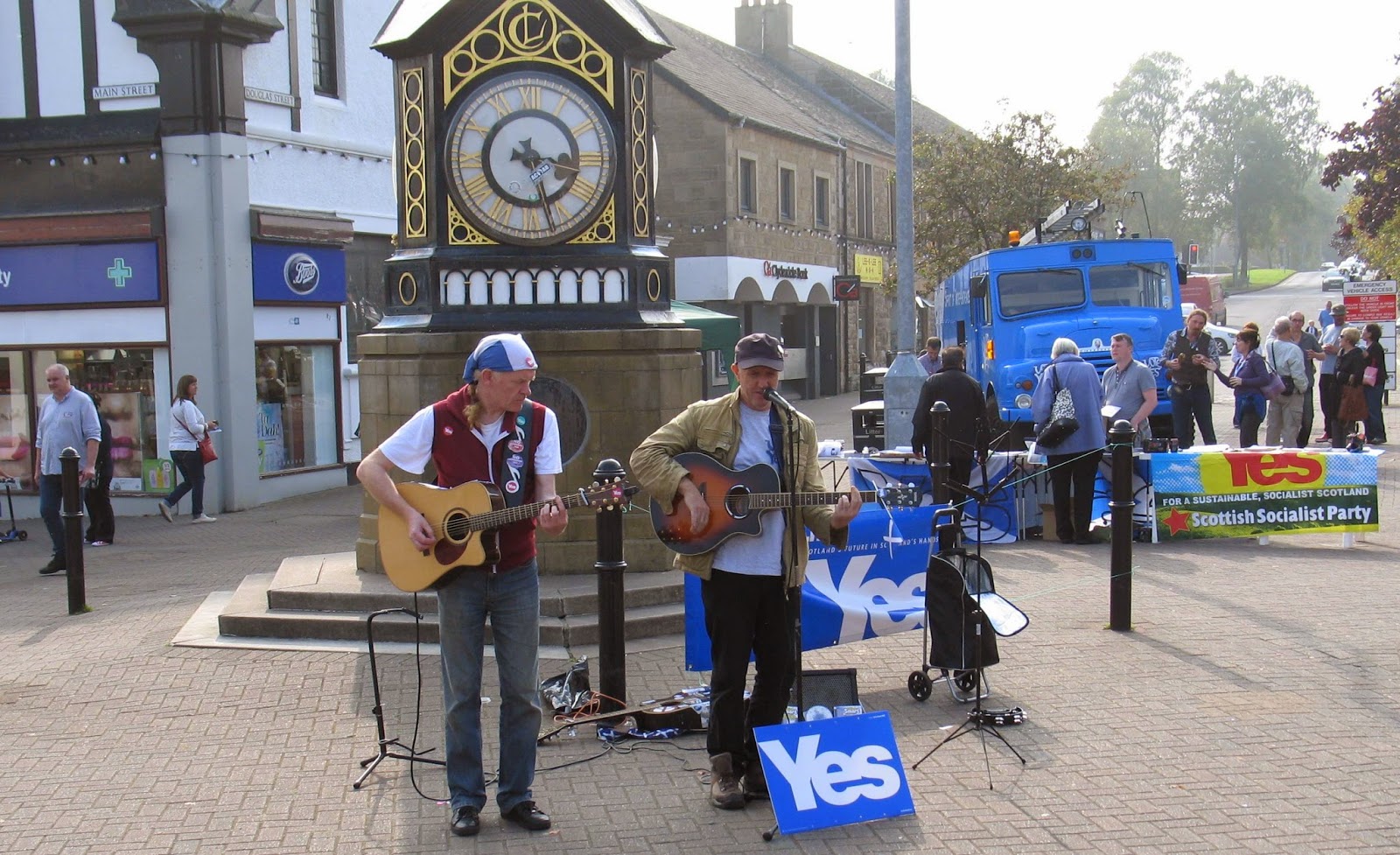 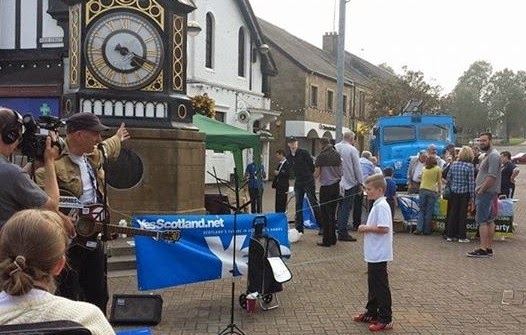 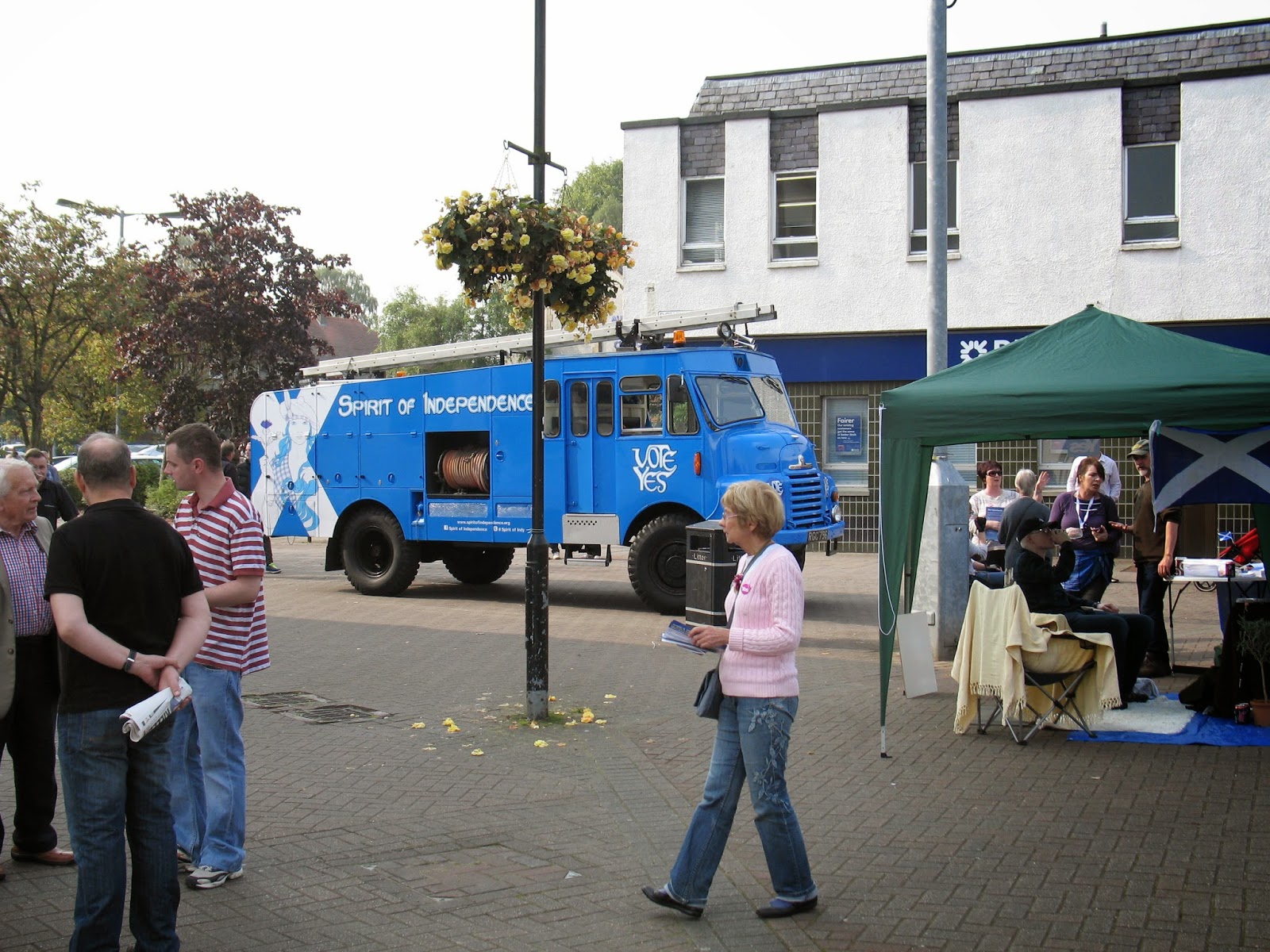 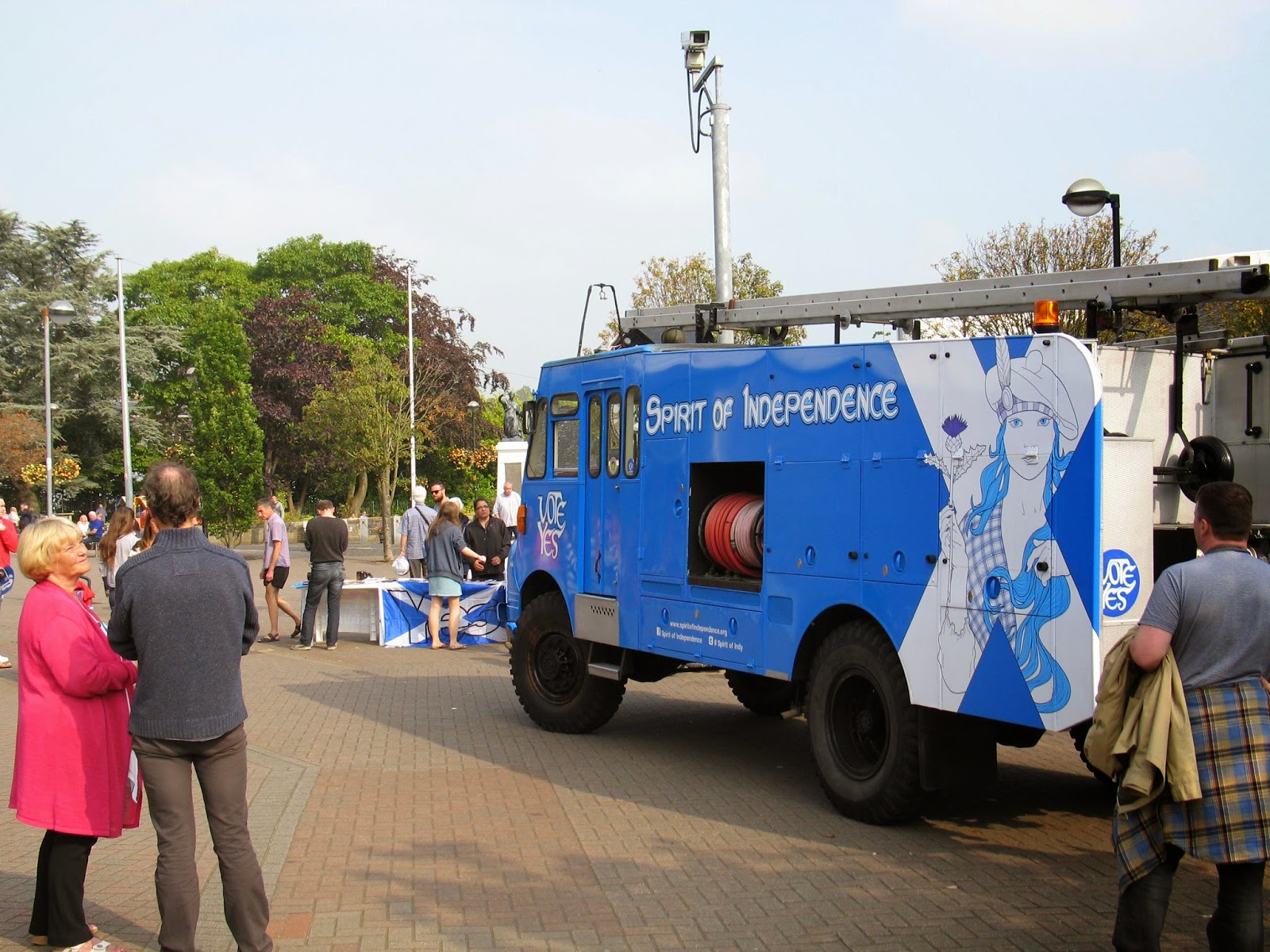 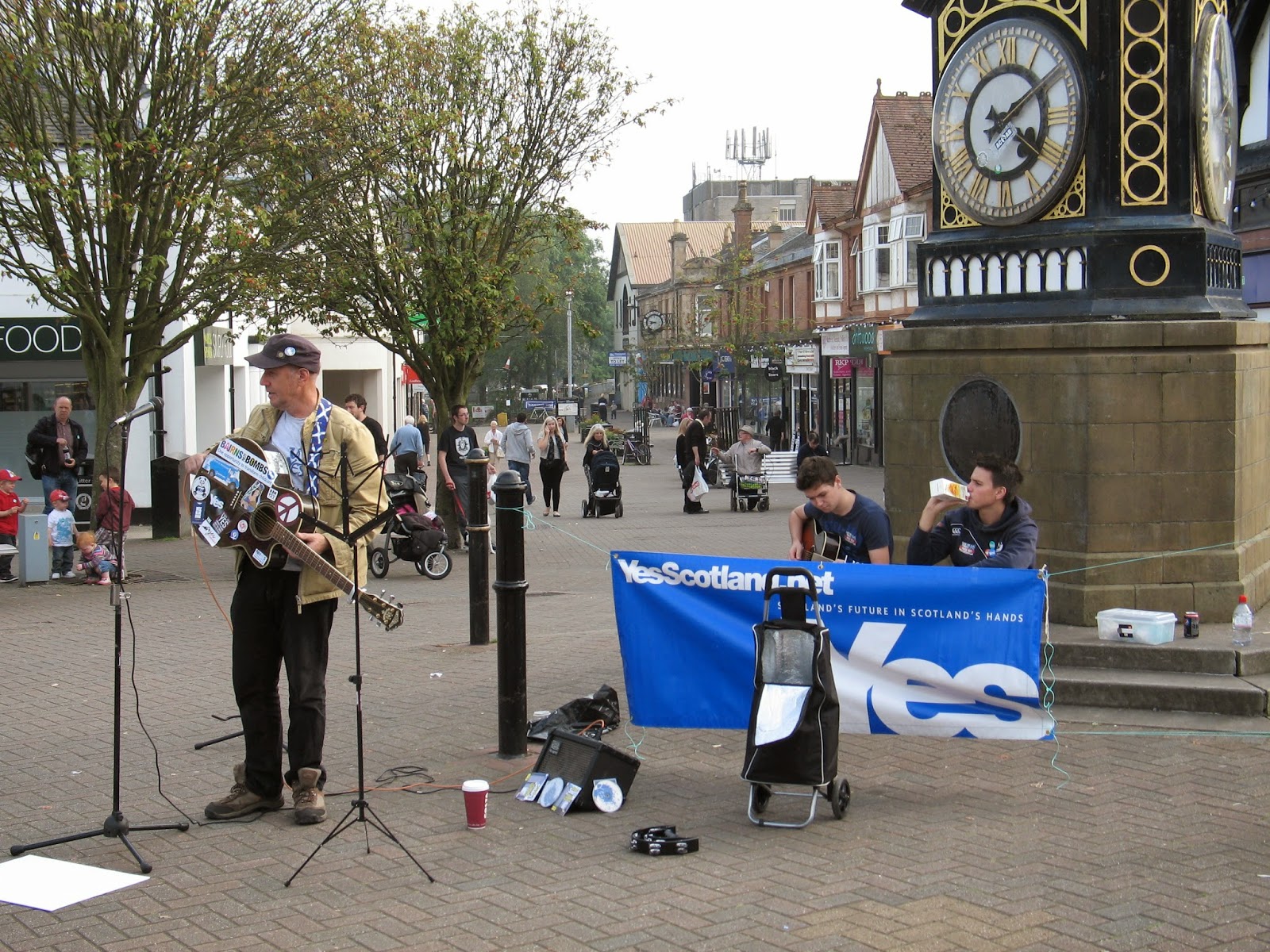 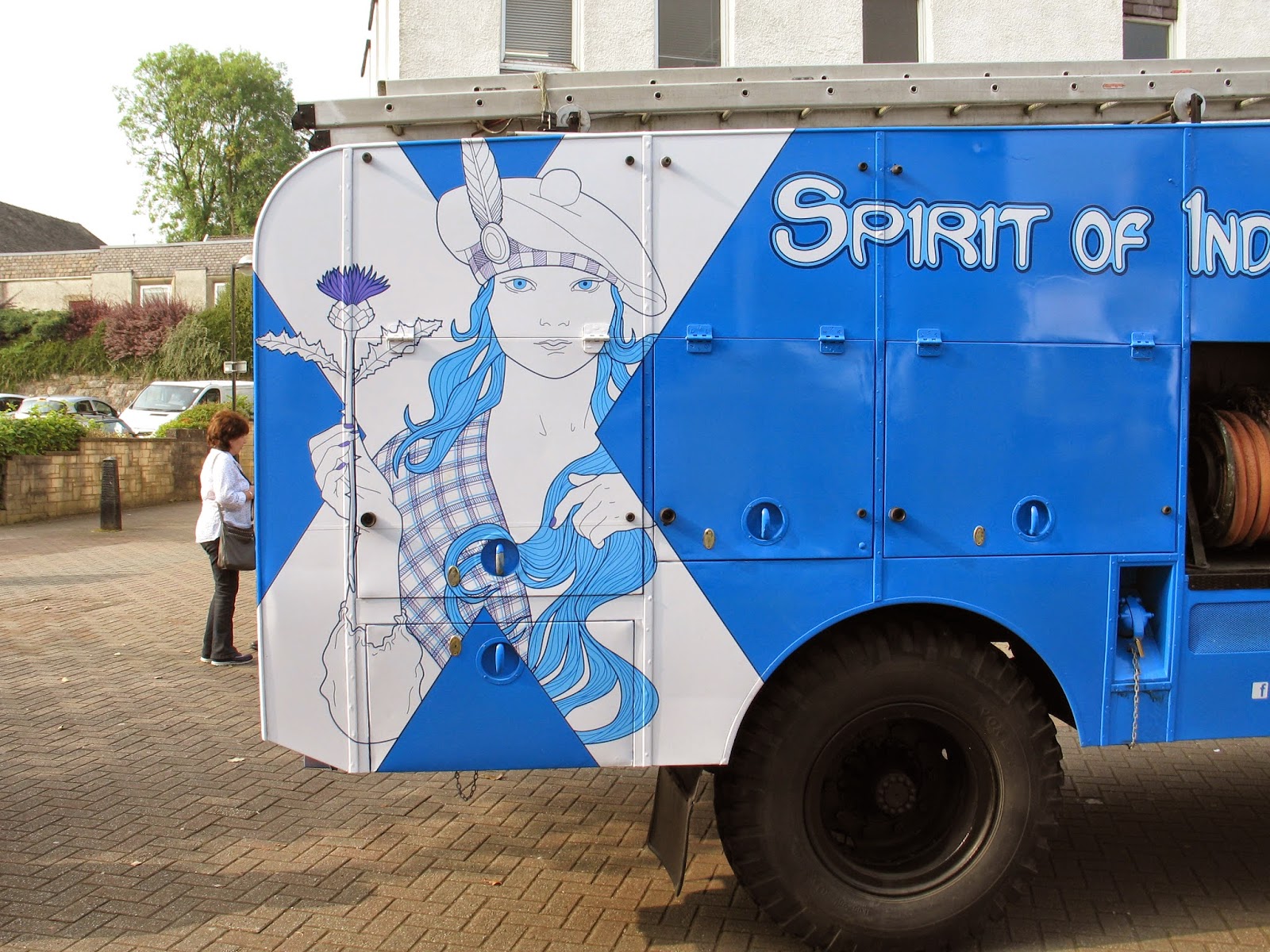 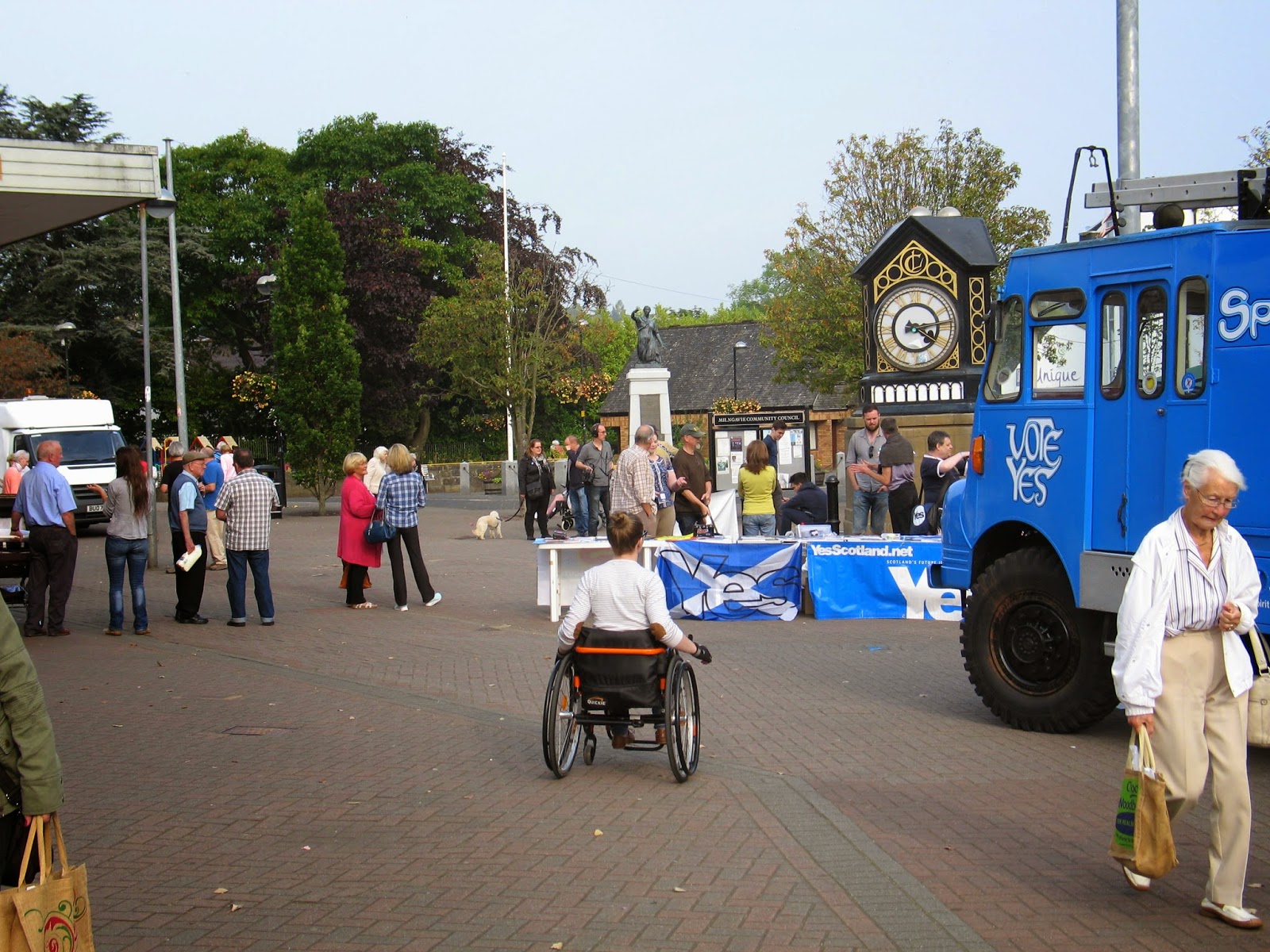 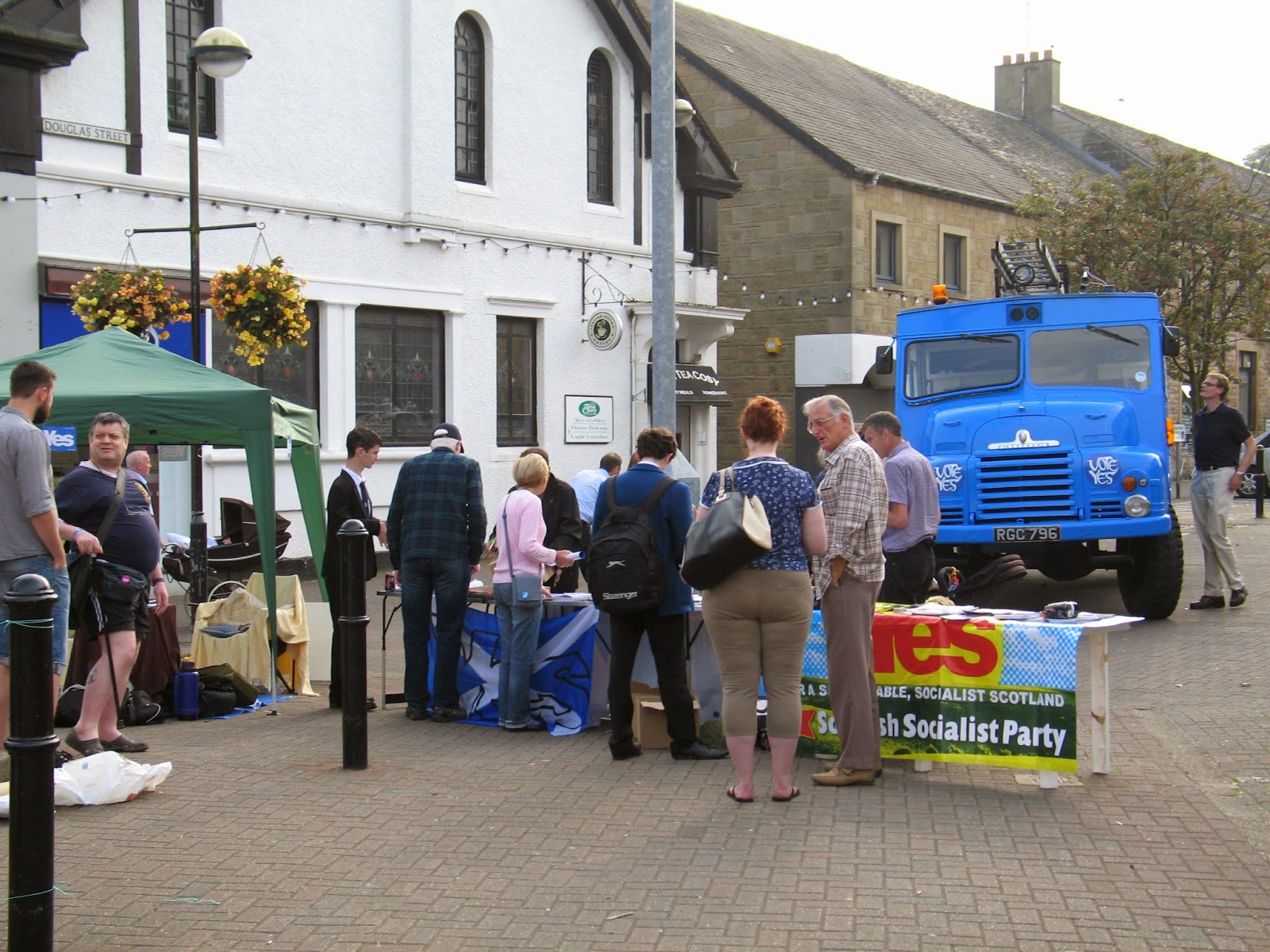