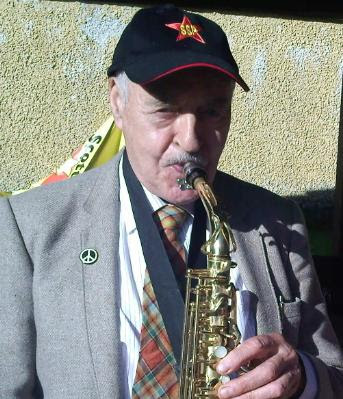 The media in general promotes the proposition that “everyone accepts that there have to be cuts”. Daily, for months we've been told cuts need to be made. These cuts are needed because of the colossal debt crisis. Who are we in debt to? To the banks? These same banks the Government has given a trillion £s to, to save them from collapsing? Recently the German Central Bank provided substantial sums of cash to commercial banks so they could meet the payments on the massive loans taken out the previous year from the very same Central Bank. This is so bizarre that Newsnight described it as a case of “robbing Peter to pay Peter.”

The current situation has been brought about by the capitalist system and the dangerous policies of the Condems and Labour only make matters worse. They are based on a gigantic confidence trick. Public spending did not cause the deficit. Expenditure on public spending, to-day is less than it was in 2007.

Many letters to the Glasgow Herald agree with columnist Ian Bell's statement that “No spending cuts are needed. None. Spending cuts are stupid, dangerous, and intended to stuff the throats of the rich. A fraud.” and further “The “crisis” as we are daily schooled to call it is an excuse--- for the largest transfer of wealth from the public realm to the private sphere since the self -invention of the pick-pocket”. This, in fact, is the latest move of the ultra-conservative elite to demolish the welfare state. They are intent on privatising everything from the cradle to the grave – education, health, pensions. This powerful elite, with its virtual monopoly control of the media, can manipulate a sufficient number of voters maintain control of parliament.

The way to halt and reverse these moves is for the trade unions and community to unite and organise mass protests. The sooner this is done the more effective it will be. Capitalism in its final throes is not going out with a whimper but has to be opposed by the organised masses. Bitter experience will help remove the media imposed blinkers from the eyes of the many. A determined leadership must lead the way to the only possible alternative – Socialism. The many who call themselves socialist need to become more active if change is to be achieved. Capitalism is so rotten it contaminates not only civilisation but the basis of all life the planet itself.
Posted by Campsie Scottish Socialist Party at 7/27/2010 03:55:00 pm