What Should Jo Swinson be asking on YOUR behalf?

As you all know, we have an MP in East Dunbartonshire who is there to keep the Tories in power. Jo – a self publicised “hard worker for East Dunbartonshire” (I know this because it said so in the bin-bag full of leaflets that were delivered to my address during the election) – asked a question this week at Deputy Prime Ministers Questions. 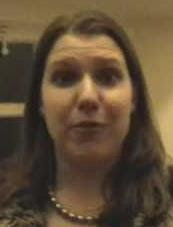 @joswinson - £64,766 (before expense claims) well spent?
Education is a devolved issue, that is, all decisions about Scottish Education are taken by Scottish MSP’s. In Scotland we have 11 new Tory, I mean “Liberal Democrat” MP’s – all supporting Tory policies Scotland irrefutably and overwhelmingly rejected. All of these MP’s, with the exception of two - Malcolm Bruce and Charles Kennedy – voted for the new Education legislation that will take money from deprived schools and give it to schools in already well off areas. It will give this and any future education secretary, in England, unprecedented powers, exercisable without reference to any elected body. "Independent" academies and "free" parent-led schools are, of course, wholly dependent on the secretary of state for their annual grants and solely accountable to him. So they may find it prudent not to annoy him.
The untrammelled concentration of power in the hands of a single government minister was what the Butler Education Act of 1944, now effectively dismantled in a couple of days, was careful to avoid. The Liberal Democrat leadership in the Commons has been complicit in allowing this. (see http://www.guardian.co.uk/education/2010/jul/28/learning-curve-on-academies-bill for further arguments. This particular argument is from Peter Newsam).
Swinson was one of those who handed over unprecedented power to the Tory Gove, much to the ire of many Liberal Democrat voters in England. As Swinson has said herself, any legislation passed in England CAN be imposed on Scotland (see her closing remarks in this interview with Andrew Marr http://news.bbc.co.uk/1/hi/programmes/sunday_am/4960004.stm )

Swinson is using her time down in Westminster to justify the work of the Tories - and to waste time during Questions both Prime Minister and Deputy.  She has been used as a patsy to remove left Liberal leaders in the past AND to remove the former Speaker of the House - one of the events planned by the tories to undermine the Labour administration and legitimise their own non-policy before the election in order to impose an idealogical sweep of our Welfare State.  The further legitimisation of the Tories comes from the Liberal Party support and of course, in the cover of the ecomomic crisis caused by the bankers and rich gamblers in the worlds stock markets.  This cover means the Tories can do what ever the hell they like all in the name of "needed cuts and savings", when, as we know full well, the cuts they propose are unnecessary (see our proposals on our main website)
This week I have met two supply teachers in Bearsden who are putting their houses on the market as they cannot get work next term. I know of other people living close to me who have put their houses on the market because they have lost an income because of Tory cuts in various departments in the Public Services that have been supported by the Liberal Democrats and Jo Swinson.

I tweeted questions Swinson COULD have asked, rather than the question she did – one she already knew the answer to.
I also tweeted -
The cost of having @joswinson asking questions she already knows the answers to is the equivalent of 3 newly qualified teachers. I met a colleague from #eastdunbartonshire yesterday having to sell her family home because of cutbacks in education.
- The cost being based on her salary and not including her expenses.

Think your just a tad biased !!

The left are always going to accuse the LDs of being cover for the Tories rather than welcoming a change to Coalition Politics.

Richiedaw, I doubt if you have even convinced yourself with your attempt to cover for the ConDems attacks on the poor and the public sector.

Sure, the personal allowance before tax is paid is to increase by £1,000 (if you are under 65) but working people will face higher National Contributions and everyone will be paying far more VAT. You will almost certainly know this and it is probably just your political bias that motivates you to try to defend the indefensible by cherry-picking instead of looking at the big picture.

The facts are not really under dispute. The ConDem coalition itself has made it crystal clear that it plans to attack public services, cut wages and pensions whilst supporting big business and continuing the war in Afghanistan.

The SSP does not believe that these are the priorities of the people of Scotland and this is why we will be playing our part in actively opposing the ConDem butchers at every opportunity.