My reasons why Scotland should be independent 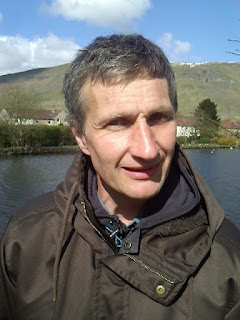 Due to the slavish following of neo-liberal economy policies over the last 30 years by governments of all shades, the British economy is now over-dependent on one very precarious and inefficient sector. The powers that be seem unwilling to prevent this.  By its very nature free-market capitalism is a reactive rather than pro-active system, short term with no contingency for long or even mid-term planning, so we are doomed to be adrift and to be engulfed by any tsunamis that come our way if we stay part of the union. We will get steadily worse and worse off - even those at the top of the tree due to this seeming blindness to the fact that the system that they espouse is based on a premise which is disastrous on any reckoning.

In an independent Scotland we will have the foresight to introduce some sort of planning into the economy, so as to help us diversify the economic base that we have to cope with the waves of terror-filled scenarios dreamed up by those who are opposed to this idea.
Secondly, our historic system of society were very different, i.e the feudal system was a very top-down one whereas the clan system was much more communal in basis.
Posted by Campsie Scottish Socialist Party at 12/02/2012 11:42:00 am