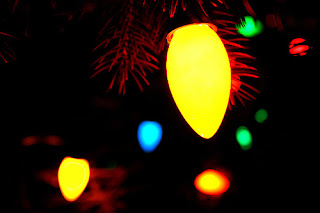 Shoppers and those in Milngavie to see the switching on of the Christmas lights were reminded last week by Jo Swinson why we are “Better Together.”  The Scottish Socialist Party don’t have any problem with Jo bringing the discussion to the streets of Milngavie.  In fact, Jo being the face of the Better Together campaign in the area goes someway to remind us what remaining in the political Union will bring us if we don’t achieve independence.
Jo is an enthusiastic member of the Tory/ Liberal Democrat coalition.  She voted for student fees in English Universities.  She voted for the privatisation of the English NHS.  Though, thank goodness, at the present time Swinson and her Westminster friends cannot give our health and education systems away to their friends.  But competition law may impose a dismantled NHS – one that most Doctors in England are convinced will lead to a system similar to that in the US, where regardless of pain or suffering, if you haven’t got the right insurance, you will have to suffer on.
The biggest reminder that Better Together enthusiast Jo brings to us of what a No vote in 2014 will bring for the people of Scotland is her and her party’s enthusiasm for austerity.  In fact, all of the parties involved in the Better Together campaign agree on this.  None of them are fighting the 25% slash in the Scottish budget this year – that means a 25% cut in the East Dunbartonshire education budget and a 25% cut in our NHS and a 25% in our social care budget.
The three parties, Tory, Liberal Democrat and Scottish New Labour agree on introducing cuts that will throw those people in our society in the direst need into ever deepening poverty, the difference between the Better Together chums being the timescale.  Swinson’s coalition Government, under the financial guidance of the Scottish Liberal Democrat Danny Alexander and George Osborne have admitted last weekend that they ‘got their figures wrong’ and austerity will last even longer and be even deeper than first thought.  The more Swinson is on the streets of East Dunbartonshire reminding us what their campaign really means, the better.  The Sunday Herald last week highlighted the effects of her support for the misnamed “reform” of Social Welfare – the headline on the first page ran, “Sick and Disabled Forced to work Without Pay.”
On the other side of the discussion, the Yes Campaign is made up of parties and individuals with sometimes differing  visions of what an Independent Scotland can be, from Women for Independence, through the Radical Independence movement, Trade Unionists for Independence and groups across the political and cultural spectrum organising for a better Scotland.  But we are all agreed on fundamental things.  We agree that independence will see democracy coming closer to the people of Scotland.  We agree that the people of Scotland are blessed with talent, resources and creativity that will transform this Liberal Democrat/ Tory austerity blighted country into a country, not unlike her Nordic neighbours that are fairer, greener and more prosperous, and have done so with less spread of resources.  We are agreed that Scotland will speak her own voice and make her positive contribution to the world.  Jo and the Tory/Liberal Democrat/ New Labour coalition want us to continue with the union – a union that has created the fourth most unequal country in the developed world. A United Kingdom that has become two nations, one for the rich and one for the rest. The campaign against independence does not invite us into its Britain of wealth and privilege. It expects us to endure our Britain of austerity and exploitation.
Jo wants us to vote No to independence because they want us to vote Yes to inequality, Yes to poverty, Yes to corporate greed. They want us to know our place, not to get ideas above our station. They do not even offer to try to be better.
Next year, Jo’s vision of cuts, austerity and rumoured further bankers bailouts may mean that there will be no Christmas lights switch on for her to ‘hijack.’