Below are some photos of last nights well attended Yes Torrance meeting where SSP Campsie members Dr Sonya Scott and Bill Newman were speakers alongside Neil Scott and SNP MSP Fiona Mcleod. The meeting and Yes conversation with the villagers, ended with a stirring and emotional contribution from 90 year old Ron Mackay, who spoke about his 50 year struggle against Nuclear Weapons, and his wish to see an Independent Scotland banishing these indiscrimminate, unsafe, evil weapons from our shores.
27 new Scottish citizens signed the declaration; some of them asking to become part of the ever growing East Dunbartonshire Yes Scotland campaign team!

Neil wrote an article for the Huffington Post following the meeting. ARTICLE HERE 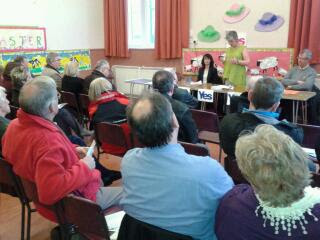 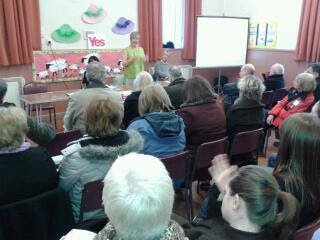