Jo lies down with Coalition Tory Bedfellows- Yet again!

Only weeks ago in their autumn party conference in Glasgow the Lib Dems condemned the’ bedroom tax’ for discriminating against the most vulnerable in our society. I was therefore disappointed but not surprised to discover that local MP and Cabinet Member Jo Swinson gave her backing to the bedroom tax at a recent crucial Parliamentary vote. It confirmed my view that when it comes to the crunch, Jo will lay down to her Tory coalition masters – yet again! She has consistently supported Cameron and Clegg and voted for repressive measures that the Coalition has put in place. However this must rank as her greatest betrayal yet as this was a genuine chance to finish off this dreadful measure once and for all. Her path as a career politician is now secure in that she seems to place more loyalty to this neo- conservative led government than she does to the views of her constituents, many of whom are already affected by this attempt to make the most vulnerable make more sacrifice for the bankers’ crisis. Recent modifications to exclude certain categories of recipients do not address the fundamental regressive nature of the measures and Discretionary Housing Benefit will only assist a few for a very limited period of time. 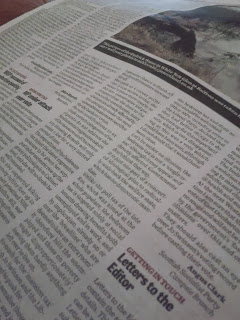 The imposition of the bedroom tax is just the latest regressive measure to be given her support in her meteoric rise up the greasy political pole to Cabinet level, and she will no doubt be well rewarded. She also supported hiking University tuition fees up to £9000, a part privatised NHS, the dreadful Welfare Bill, War with Syria the lowering of taxes for billionaires and millionaires and Nuclear Weapons. Does she consider that this record fairly reflects the views of her constituents or the general populace-I think not. Some of her Lib Dem colleagues did indeed keep true to their principles and voted to scrap the bedroom tax and their action should be welcomed. Other MPs including Labour, decided that they had better things to do than turn up for this important vote which is very disappointing as this was a vote which could have been won, although I do not doubt that it would have been close.

Let’s be under no illusion, the bedroom tax is not a ‘single issue’ although it may appear so if directly affected. Governments don’t think that way! It is just one part of a concerted ideological plan to radically scale back the Welfare State [which has no democratic mandate].  Unlike the Poll Tax of the late 80’s which was aimed at the whole populace, the bedroom tax is targeted solely at social tenants drawing benefits both unemployed and in work, and by implication, already on or near the ‘breadline’ who are deemed to have an ‘extra room’. It therefore hits the unemployed and those in poverty wages ‘disproportionately’ leaving them hardly anything left over to live on. So much for the ‘Mansion Tax’ which Jo Swinson and the Lib Dems used to push for! Now it’s OK to penalise those at the foot of society, and join in with the Tories and the ‘Cabinet of Millionaires’ in giving the most vulnerable a ‘good kicking’. Who will be next in line?

We all know there is a better and more equitable way to tackle the nation’s housing shortage and overcrowding problems. The bedroom tax will never be a solution but it will and is leading to misery for thousands of adults and children, including ill health and suicide.

At the next Westminster election I am sure that the constituents of East Dunbartonshire are no mugs and will not be taken in by the Governments ‘fostered illusions’ over this and other matters. They should also cast an eye over Jo Swinson’s voting record before casting their vote.