There Must Be An Alternative

Bill Newman, a retired City of London Banker, witnessed the greed and corruption of the Capitalist system at first hand. He explains why the greed MUST be made history… 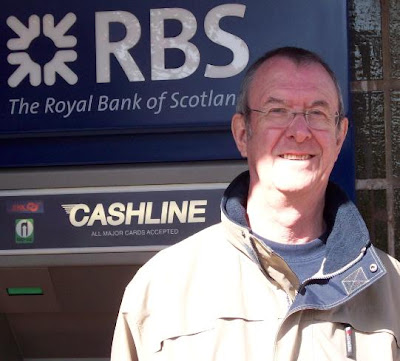 The media continues, with total justification, to forecast more economic doom and gloom to come. And many commentators, with equal justification, identify these economic woes with a collapse of our current version of the capitalist dream (or should that be nightmare?). But if, as so many now agree, the overwhelming greed of financiers was an inevitable result of the capitalist system, then why do none of our major parties offer a socialist alternative?

It is hardly surprising that the Conservative Party and the neo-conservatives of New Labour should want to protect their chums in big business. Given Vince Cable's capable analysis of the stupidity and avarice of the bankers who got us into this mess, it might be expected that the LibDems would offer some radical alternative for the future. Not a chance! Nor is any alternative on offer from the Scottish National Party. It might reasonably be thought that with a substantial swathe of our financial institutions on nominal public hands, at least some modification of banking philosophy and behaviour would be evident. No such evidence exists and all New Labour wants is to hand ownership back to the very kind of people who bought their institutions to disaster. Almost unbelievably, in this context, privatisation of Royal Mail is still being pursued.

So will it be business as usual for bankers and financial traders once their bail-out has enabled them to continue to print their own money again? Tighter domestic and international banking regulations (incredibly slow in emerging) might curb some more outlandish financial gambling, but the very nature of capitalism will ensure that greed will be resumed with merely a tactical nod towards the common good. There may now be few who will proclaim openly that "greed is good", but the basic operation of capitalism rests on such greed.

Of course, politicians and financial supervisors are guilty for letting bankers feather their nests with an absolute minimum of interference. Senior bankers were naturally more than happy to be left to their own devices. Indeed, in my own experience in banking, I witnessed the progressive diminution of risk analysis. Both those with responsibility for credit analysis and the structures within which they worked were steadily down-graded, while internal auditors changed from being individuals feared by colleagues to unnecessary irritants.

The obvious alternative is socialism, and the Scottish Socialist Party offers such a rational alternative for a Scottish public proud of its radical political history. Nor could it be thought that the SSP in anything but internationalist in its outlook, for strong links continue to be forged with burgeoning socialist parties throughout Europe.

An alternative is available and a vote for the SSP in the European elections gives an opportunity to reject the incompetent opportunism of the mainstream political parties, none of whom are willing to challenge the system which got us into this crisis.
Posted by Campsie Scottish Socialist Party at 5/26/2009 04:57:00 pm