GLASGOW SAVE OUR SCHOOLS CAMPAIGN TO MEET WITH SCOTTISH GOVERNMENT 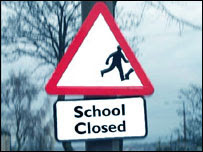 The meeting will be held in the Scottish parliament on Thursday 11th June at 4pm. We have been invited by Fiona Hyslop, after the Glasgow Save Our Schools Campaign wrote requesting meetings with the Scottish government two months ago.

Glasgow Save Our Schools Campaign organiser, Richie Venton, who is part of the delegation, today said:

“We are pleased to be meeting with the Education Secretary of the Scottish government.

“We requested this meeting in April because we strongly believe the consequences of the Glasgow Labour council’s butchery of primaries and nurseries are of national significance – as well as having a devastating impact in Scotland’s biggest city.

“We have appealed throughout for the Scottish parliament and the Scottish government to shout their opposition to the closures from the rooftops.

“The closures will mean bigger classes and fewer teachers, at a time when two-thirds of newly qualified teachers cannot get permanent full-time posts.

“Glasgow Save Our Schools Campaign has consistently fought for class sizes to be reduced to a maximum of 20. But classes of 25, 26 and more will be commonplace after these closures.

“That flies in the face of the Scottish government’s aim of 18 in P1-3, so we will appeal to the Cabinet Secretary to unreservedly condemn the closures and to ask Glasgow city council to suspend their ill-considered, undemocratic plans.

“We will ask Fiona Hyslop to make a clear public declaration on behalf of the Scottish government condemning the blatant denial of democracy involved in the city council’s sham consultation process; the savage assault on vital community facilities that go far beyond just being a school or nursery in socially deprived areas; the unreasonable and dangerous distances young children will now be expected to travel; and in favour of investment in schools and nurseries within safe walking distance in every community, with cuts to class sizes, not cuts to kids’ education and closures.”

“We look forward to the government of the Scottish people publicly siding with the people of Glasgow against the worst attack on education in years.”