This weekend was the Annual General Meeting of the Scottish Socialist Party. Over 100 delegates from all over Scotland met in the Victoria Halls in Dunblane.

The Party re-iterated it's conviction to fighting the Parties of war and capitalism, and we were unanimous in supporting a fightback against cuts and the mainstream parties who are making the poor and working class pay for an economic crisis caused by the rich. 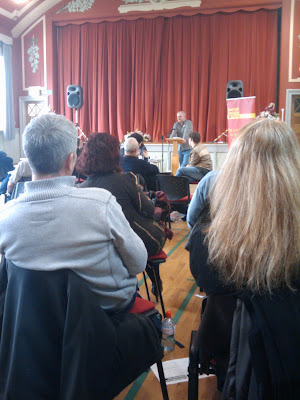 Willie Telfer, Campsie Branch, speaks to conference about why we need to fight the cuts and the neo-liberal Labour, Tory, SNP and Liberal Democrat Partys. 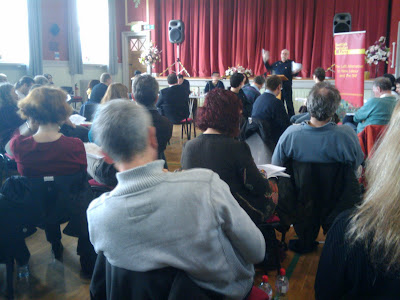