Saying Yes to Scottish Independence: An opportunity for social justice.

16 year old Michael Scott, who will vote in next year's Independence referendum, writes about why he will vote YES.

Do you want the chance to create a better Scotland? In the 2014 referendum on independence you’ll get that opportunity. Given the choice, I for one will be saying yes. Too many important matters are still controlled, and I would argue controlled badly, by Westminster. The democratic deficit and the ever-growing chasm between the values of the MPs in London and the people of Scotland are now impossible to ignore. Independence offers the possibility of a different political road; the case for change is strong. 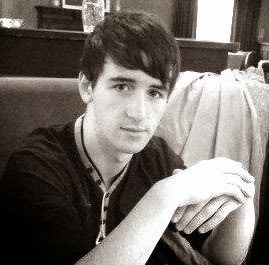 First and foremost there is a lack of democracy for Scottish voters within the current political union. Over the last 30 years we have been governed, more often than not, by a political party which the majority of people didn’t vote for. In the most recent general election, only 11% of those eligible to vote in Scotland voted for the Conservative Party and only 23% voted for the Conservatives and Liberals combined[2]. The House of Commons’ report, on the 2010 general election results, notes the “complete detachment”2(p14) of Scotland from political trends in England and Wales. This political detachment is both determined by and reflected in the different socioeconomic values displayed by Westminster and Holyrood.

A number of important matters of government are already devolved including education and health and where we have had the power to make our own decisions we have chosen radically different policies. A good example of this is the difference between the management of the NHS in Scotland compared with what is happening to the NHS in England following the introduction of the new Health and Social Care Act. While the former Scottish Secretary of State for Health has categorically stated her opposition to private sector involvement in healthcare[3], the new English health act has sown the seeds of privatisation within the NHS in England[4]. Similarly in education there is a distinct difference in attitudes towards undergraduate tuition fees between the two governments. On the one hand, First Minister Alex Salmond has been unequivocal in his opposition to fees stating “The rocks will melt with the sun before I allow tuition fees to be imposed on Scottish students”[5] while on the other hand the Coalition government has allowed universities in the rest of the UK to charge fees of up to £9000 a year.[6]

Unfortunately however, under devolution a number of significant matters are still controlled by Westminster including the economy, welfare, and defence. Although Scotland has a traditional commitment to centre left political parties2, lack of control over these important areas means that substantial parts of our society can be determined by policies that the majority of the population are unlikely to agree with. For example, it is hard to imagine the combination of swingeing cuts to the welfare budget affecting the most vulnerable in our society[7] and reduction of the top rate of tax for high earners[8] being popular with the majority of Scottish voters. Similarly it has been estimated that 73% of Scots are opposed to government plans to renew Trident. And yet, these decisions and other important matters are imposed on us by a government which less than a quarter of the eligible Scottish electorate has voted for.


Finally, I would like to allay some of the main fears surrounding independence. The three main arguments against Scottish Independence seem to consist of us being too small, too stupid and too poor to stand on our own two feet.[9] Let me tackle each of these in turn. First, as to being too small, we don’t have to look too far afield to see many small countries prospering. A prime example of this would be Norway, which, like Scotland, has a population of about 5 million and off shore oil. However, unlike Scotland, Norway has complete control of the revenue of its oil resource and as a result has been able to use the accumulated surplus (approx £368bn) as a pension fund.[10] Another example of a small economy thriving is that of Iceland, which, with a population of just over 300,000, is bucking the European trend in terms of economic recovery from the financial crisis.[11]

Secondly with respect to being too inexperienced to run our own affairs I’d argue that we already run many important national matters from Holyrood successfully including health, education and justice.

Thirdly, as to us being too poor, a recent New Statesman article stated “not only does Scotland more than pay its way in the Union, but its overall fiscal position would actually be stronger as a fully sovereign nation”[12] The author of this article goes on to point out that although Scots represent just 8.4% of the UK’s total population they contribute 9.4% to its tax revenues which is equivalent to an extra £1000 for every person in Scotland relative to the contribution of others in the UK.

An argument against Scottish Independence with which I do have sympathy is that it will ultimately decrease the chance of achieving a more socially democratic society on a UK wide basis. In the short-term I appreciate that the loss of Scottish voters may result in an increased proportion of right wing political representatives in the UK parliament. However, in the longer term I hope that having a neighbouring, flourishing, social democratic society may more powerfully change political attitudes across the rest of the UK than we have been able to do in recent years.

In conclusion, I would argue that fear of change is the only thing holding us back. Some change however, is good; and if we work as if we are in the early days of a better nation then this change will be for the good and the opportunity to create a more socially just society will be realised.

What a wonderful article from one so young....you will go far, young man! Vote YES in 2014!

Bravo. I agree with you... and I hope one day someone of your intellect will be in parliament, and that I'll see you there.

Really enjoyed reading this and it gives me hope for our young voters for next year and future years of elections..everyone needs to know more about politics and parties than ever before. Just looking at the messes of UKGovs that we blindly voted for or didn't vote at all is proof that lack of knowledge or a non willingness to understand politics has allowed Tories,Labour and Lib Dems to pull wool over our eyes. From now on folk like you can lead the way in encouraging other young folk to hold all our parties to account for the good of the people of Scotland.