Until recently I didn't fully understand the danger suggested by the term "slactivism."
What is slactivism?
Slactivism is someone who jumps from cause to cause - each cause being, to the slactivist, as worthy as the next. The term could, at its least dangerous, be given to those who loosely link causes together and change focus regularly. Each cause is, on the surface, one that can be supported by activists, each cause bringing with it a new meme or a new trendy logo and visuals. It brings with it a kind of "altruistic street-cred." A selfish altruism.
But its seeming legitimacy is its inherent danger as imperialist governments and oil companies take advantage of the slactivist's lack of focus and in depth critical thinking.
White teeshirts and tax evasion 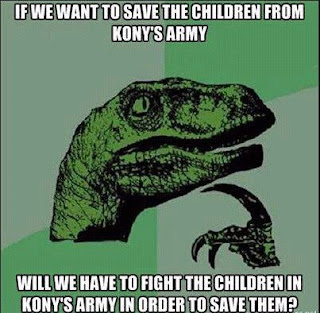 Back in 2005, we were told that clicking our fingers would "Make Poverty History." Bob Geldof, aproven tax dodger, made us feel guilty. Of course his altruism does not extend to the poor in his own adopted home - welfare projects and education and health benefit lightly from his taxes as he has found out how to hide money in properties purchased abroad. Bono and his pompous band are the same - Ireland is in huge crises - poverty in his own country is increasing hugely, but to him, his tax millions are better in his own offshore accounts.
Slactivists clicked fingers, pounded the streets of Edinburgh, listened to Annie Lennox and wore white shirts.
Geldof labelled anti-poverty demonstrators "good and bad," to refer to the rubber wrist band wearing MTV slactivist as opposed to the anti-poverty groups that had been lobbying the capitalist governments of the world for years. Good = concert goer, bad = poverty groups demonstrating near the G8 summit.
REST OF THEARTICLE HERE