...to ask the self interest group "Scottish Tories" to leave us alone and stop robbing us.

The bile that came from the Tory Conference was incredible.  They told us Scots again and again, we are too thick to run our own country and to leave it to the English Tory Party.  They told us that Scotland would be over-run by "immigrants" after independence.  Well, if they WOULD steal from the English working class, of course they will want to move to a fair independent Scotland! 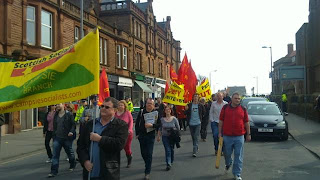 The message from protesters, who outnumbered the delegates 4 to 1 and in the week that the Tories announced the robbery of pensioners and stole our NHS was, no more Tory rule from Westminster. 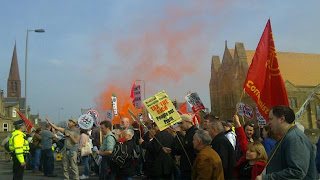 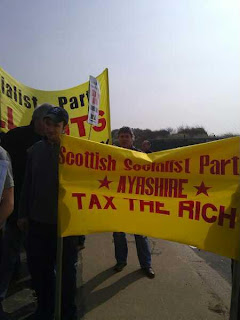 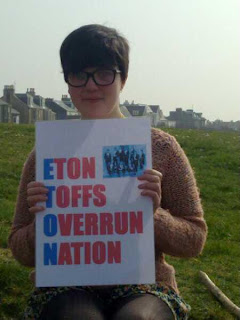 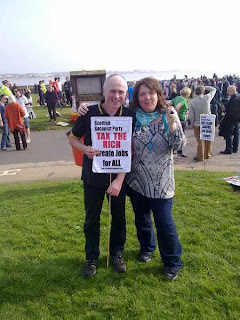 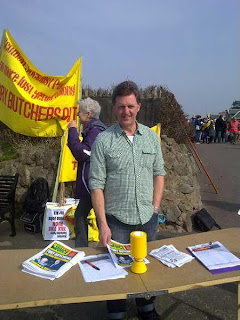 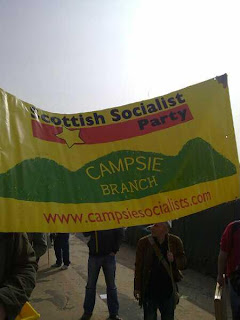