INVITATION - "THIS GREED WAS BEYOND IRRESPONSIBLE!"

YOU ARE PAYING!
WHAT’S THE ALTERNATIVE?

—your questions answered.
THIS GREED WAS BEYOND IRRESPONSIBLE! 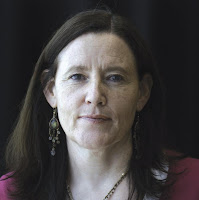 — was head of Equity Derivatives Research and Strategy at Goldman Sachs International. He was an advisor on derivatives and financial markets to the Bank of England, London Stock Exchange, London International Financial Futures and Options Exchange and the Italian Ministry of Finance. Raphie has been a guest lecturer on derivatives and financial markets at Harvard and New York universities and the London School of Economics and has spoken at the annual Nobel Foundation conference in Stockholm.

spent most of his working life in banking, latterly as head of economics and then as Assistant General Manager of a City of London bank. For some 15 years he was also editor of and wrote for a journal on international monetary economics.
Bill was also on the Executive Committee and the Management Committee of the Banking, Insurance and Finance Union (BIFU) and a delegate to the TUC.

THE CAMPSIE BRANCH SSP invite your participation in this important discussion. How will this crisis effect YOU?

About the Scottish Socialist Party
While it fights to defend jobs, working conditions and living standards and for houses and health the SSP also demands a new economy.
Such an economy would start the task of harnessing the stupendous technological and material resources which already exist to meet the needs of society rather than the greed of the few.
Posted by Campsie Scottish Socialist Party at 1/27/2009 04:00:00 pm No comments:

Bill Newman on the strange story of the new Scottish Arts funding body... 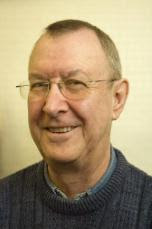 In January 2006, the Culture Minister at that time, Patricia Ferguson, announced the intention to merge the Scottish Arts Council and Scottish Screen into a new arms-length body to fund and represent the arts in Scotland, with the exception of Scotland's national companies which would continue to receive direct funding from the Executive. Thus was the concept of Creative Scotland born. Not too complicated an idea, though it seems odd that Scotland's national companies should not be part of this new body.

Yet, despite the apparent simplicity of this concept, here we are, more than three years later, with millions of pounds spent or committed, with an incredibly complex structure and no guarantee that Creative Scotland will see the light of day. Untangling the events of the last three years is no easy matter, not least as developments have been shrouded in mystery. The facts are that a Culture Bill was published in December 2006 and in January 2007 a joint board was set up for the Scottish Arts Council (SAC) and Scottish Screen under the impressive chair of Richard Holloway. With the advent of an SNP Government, the proposed legislation underwent changes, though none seemed to be fundamental, and in November 2007, the joint board appointed Anne Bonnar to lead a transition team towards the formal creation of Creative Scotland. Then, in March 2008, the Creative Scotland Bill was presented to Parliament and, unexpectedly, the Bill was defeated in June 2008. This defeat was seen at the time as primarily a tactical opposition ambush, though subsequent developments have shown it to have been considerably more significant. Despite this defeat, the SNP Government ploughed on, envisaging Creative Scotland becoming a non-departmental public body established as part of a Public Services Reform Bill to be submitted to Parliament early this year. Moreover, once Anne Bonnar's well remunerated job came to an end at the conclusion of 2008, a new body, Creative Scotland Ltd, was created for the final phase of the transition to Creative Scotland in its final form. And the new chair of this body is the former chair of Lloyds TSB Scotland, Ewan Brown. Now, Mr Brown has some experience in arts management, but he doesn't inspire much confidence at a time when bankers are regarded as just as toxic as their institutions' assets.

Certainly the experience of Anne Bonnar's short-lived transition body does not inspire confidence. This body's activities have been largely secretive, but Phil Millar of The Herald managed to lift the lid on some of this body's extraordinary activities. Thus, a six-figure sum was spent on a plethora of consultants (eg Liddell Thompson for communications advice, Mike Kidd Associates and John Knell for research, Lettoch Associates for planning support, Miles Harrison for staff workshops, David Teasdale for financial modelling and Deloitte Touche for organisational structure modelling). In these circumstances, it is hardly surprising that a final figure of £7million has been banded about for the final cost for the creation of what seemed initially to be a fairly straightforward merger. As a modest example of the confusion that has rained so far, initial plans to merge the SAC and Scottish Screen in the same building have unravelled. The SAC will remain in Edinburgh and Scottish Screen in Glasgow!

Meantime, mumblings from the artistic community have become louder. Indeed, the Scottish Artists Union has urged opposition MSPs to reject current proposals to enact legislation to formalise Creative Scotland, presumably through an amendment to the Public Services Reform Bill. Admittedly, the Scottish Artists Union is not the power which its name implies, but it would seem that more influential names are reluctant to go public with their misgivings, not least as biting the hand which potentially feeds them could be risky.

In brief, the whole proposal is an expensive mess, made much worse by the lack of clarity in Creative Scotland's artistic aims and the secrecy which has been a feature of activities for the last three years. Uncertainty, coupled with the current three-year freeze on Government grants to the arts, has made Scotland's vibrant cultural community highly nervous about the future. This is not to say that all has been bright and breezy under the SAC and Scottish Screen where bureaucratic and procedural considerations have too often seemed more important than artistic merit. The travails of touring theatres, not least 7:84, are well documented, but decisions which ignore historic achievements and fail to look at external contexts also plague the other arts. In jazz, for example, Tommy Smith's Scottish National Jazz Orchestra (and its youth off-shoot) have rightly been granted £122,500 in the SAC's current two-year flexible funding programme, yet Assembly Direct which promotes jazz concerts and festivals through the year and the Edinburgh Jazz and Blues Festival received nothing. Both bodies have a fine track record in supporting young Scottish talent, but this seems to have been ignored for avowedly organisational short comings. Tommy Smith does a brilliant job in developing local talent, but young jazz musicians have to have places to play commercially beyond Tommy Smith's bands, and to threaten those who provide venues does not seem very sensible.

Given the chaos which has accompanied its protracted genesis, it must be doubted whether the arts in Scotland will see a more generous and enlightened future should we eventually see the emergence of Creative Scotland in its final form. So much time and money has been wasted, while those who believe the arts do not deserve public funding have been provided with more ammunition. If only the amazingly successful organisation and sponsorship of the arts in Scandinavia had been taken as a model, this farago could have been avoided. Whatever happens now, it must be hoped that clarity will soon emerge and future actions will be preceded by enquiries to those who matter in our culture, namely, our artists and not politicians and bankers.