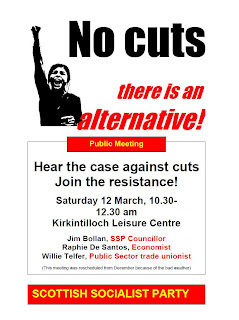 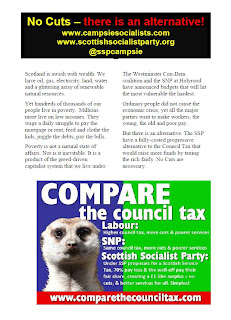 Video of yesterdays UKUNCUT rally in Glasgow. Excellent views from SSP member, Jack Ferguson at around 11 minutes - plus arrest of young activist by police.

Superb, emotional piece of film from the uprising in Middle East - HERE

"Finally Getting hip to the Capitalist Ruse" HERE


Dave Coull was born in 1941, and left school to start full time work at the age of 15. He has worked at many different jobs, always for a weekly wage rather than a salary, mostly in the building industry. Dave has been active in various campaigns but has always avoided joining any political party (unless you count anarchists as a party). While acting as a site steward for building workers in London, Dave was sacked, which led to a (successful) unofficial strike by his fellow workers for his reinstatement. Nowadays Dave has slowed down a bit and tends to feel it’s mostly up to younger folk to carry on the fight.
Posted by Campsie Scottish Socialist Party at 1/28/2011 01:48:00 pm No comments:

Comment by Ron Mackay
“We have an extremist Government at Westminster which is hell bent on using the current economic situation to achieve a neo-liberal society and dismantle the welfare state despite the fact that it was just these market structures and competitive individualism that resulted in the banking fiasco”. With the Scottish elections, in spite of it's limited powers we may get some limited protection. The media forecasts Labour as the largest party with the Scottish Nationalists second. When you vote Labour in most cases you get New Labour which is totally different from the party for which our parents and grandparents voted. New Labour, with it's neo-liberal policies, is just a variant of the Conservatives and should be opposed by the Scottish people as the Conservatives are. New Labour is “a wolf in sheep's clothing”.

Iain Gray, along with his Labour colleagues voted in support of the war in Iraq in the Scottish Parliament debate on March 13, 2003 which will long shame the Labour in Scotland. As recently as last September an opportunity arose for Labour to oppose the war in Afghanistan. Only 310 M.P.'s (less than half) turned up to vote and only 16 voted against, two of them being Katy Clark and Mark Lazarowitz the only two Scottish Labour M.P.s to vote against. These wars are not just a mistake they're criminal. Millions of innocent men,women and children have been killed and further millions made homeless. Labour bears a heavy responsibility.

Labour during 13 years in power made no effort to get rid of Trident and in the midst of the present crisis continues to support the huge expenditure on Trident and warfare in general. As Socialists have long proclaimed YOU CAN'T HAVE WARFARE AND WELFARE. Labour has chosen warfare.

Labour is not a Socialist party nor is the Scottish National party but ,at least the Scottish Nationalists do oppose Trident. The Scottish people will have the opportunity to vote for a Socialist .In all 8 regions of Scotland there will be a S.S.P. Candidate who, if elected, will be able to raise vital issues which would otherwise be neglected and introduce policies to promote health, welfare and education as they were able to do in the past.
Posted by Campsie Scottish Socialist Party at 1/27/2011 01:48:00 pm No comments:

A Very Public Sociologist blog post on the outcome HERE
Posted by Campsie Scottish Socialist Party at 1/26/2011 01:00:00 pm No comments: 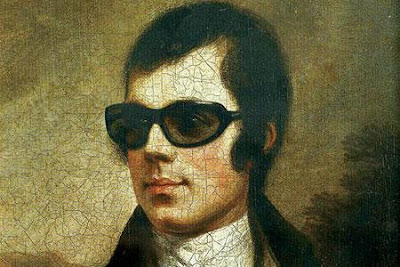 Finally Getting Hip to the Capitalist Ruse! - SSP Campsie Podcast 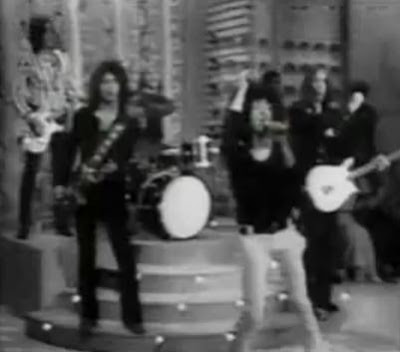 RESIST THE CUTS! Meeting in Kirkintilloch...

Jo Swinson - Dick of the Year?

Although the contenders are all likely candidates, East Dunbartonshire constituents should consider Jo Swinson as Dick of the Year on brightgreenscotland.org

Lisa Ansell, the Yorkshire single parent who nominated her wrote a piece for the Campsie blog a few weeks ago (an open letter to Jo Swinson)...

Swinson claims to be a feminist... but has been defending Lib Dem policy which financially discriminates against single mothers by saying, "The father should be made to pay..."
Lisa's letter is HERE

on the basis of this, her blog and also her tweets, Lisa was asked to speak at the Oxford Union; her speech is HERE