Baiting our poorest on Black Friday

Seventeen Christmases ago, when my now teenager was only one, my wife and I were on benefits. We lived in one of the poorest housing schemes in Ayrshire, in poverty, surrounded by poverty. We struggled weekly with food bills, nappies and the daily grind of transport, heating and feeding the meter. We, like all of the proud working class parents living around us, all hit by Thatcher’s decimation of industry and mining in the area, wanted the best for our wee boys and girls. Santa brought far less to him than to the families we now live amongst in Bearsden and Milngavie, but we turned the heating off for days, and ate bargain baked beans to save for a purple singing dinosaur. 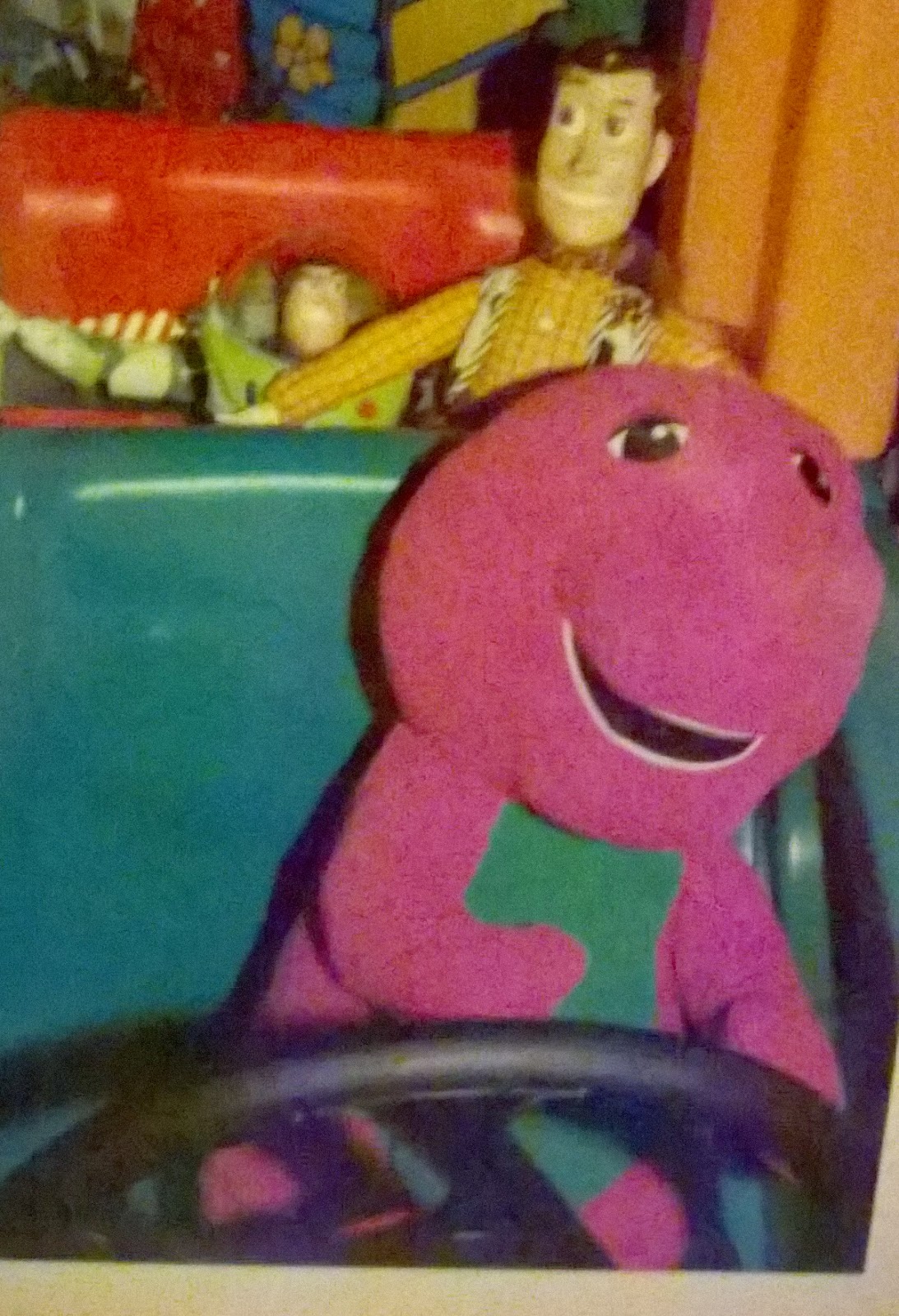 If you want to know what inequality is like, live on benefits at Christmas.

The media on Friday and Saturday gleefully participated in the biggest poor baiting marketing ploy in this country for a while. Black Friday, the day that, supposedly, the country goes mad for bargains, was thrust upon us. Black Friday is an American invention in which large retailers select “target” stores, advertise huge price reductions on limited items, place them in their narrow doorways and open the doors when the cameras have been safely set up behind the pile of price slashed gift ideas.

The publicity generated not only helps remind ‘consumers’ to hurry up and come spend, but also helps advertise NEXT year’s PR drive to have shoppers spend their paltry food bank enhanced pay. The people of Dundee and Pollok, two far from affluent areas, were shown on our TV’s and in our newspapers, fighting and scrambling for TV’s, X-boxes, Tablets and the like. Fights broke out, while miserably paid (and perhaps Workfare enslaved) young workers got in the way of fists and angry words. I saw desperation in the faces of those videoed cynically for the good of the Tesco and Wal-Mart/ASDA Board of directors. Black Friday was a PR success, and next year’s event is guaranteed to be even bigger, more successful, violent and desperate for the poor trying to heat their homes, feed their families and give them a dignified, ‘happy,’ less indebted Christmas. 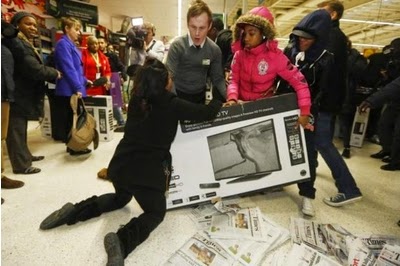 Have no doubt – those fights were started by the marketing departments of those retailers. The police called to ensure it didn’t get too out of hand were part of the publicity. Perhaps Police Scotland can investigate why people were herded, in view of the media, into bottlenecks with small stacks of radically price reduced gift ideas in their paths and why this didn’t seem to be the case in Bearsden or Morningside (both places I was on Friday)? Perhaps the Police can ensure that those who instigated the riot are pulled in and questioned and perhaps arrested? I seem to remember a huge operation that jailed people who, on Facebook, had “incited” the English riots” in 2011 from the comfort of their armchairs? Perhaps those who incited these riots from the comfort of their boardrooms should be arrested also?

Seventeen years ago, if a large, singing Barney electronic dinosaur had been reduced by 75%, which would have meant we didn’t have to do without heating for days on end, was placed in front of me, in front of cameras and surrounded by police and fearful low paid shop assistants, I too may have made a grab for it. I too may have been part of the poor-baiting media storm. I too may have fell victim to another poor father punching his way to a dignified, ‘happy,’ less indebted Christmas. I too would have been a victim of the Thatcherite, Tory/Libdem coalition profit grabbing, greedy, violent success of the vicious, nasty PR exercise that was Black Friday.