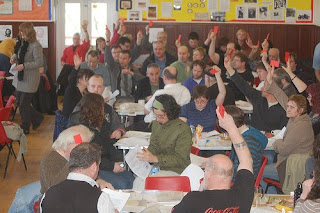 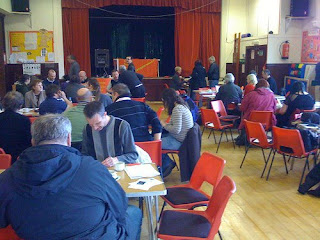 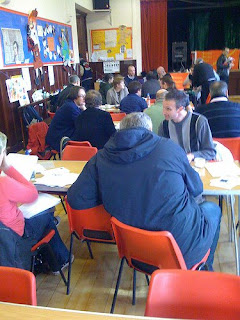 The SSP AGM will be held this weekend on Arran... details HERE

Save Our Schools demonstration in Drumchapel

Some Campsie Branch members joined in the Save Our Schools demonstration today in Drumchapel. Working class solidarity knows no council boundaries! 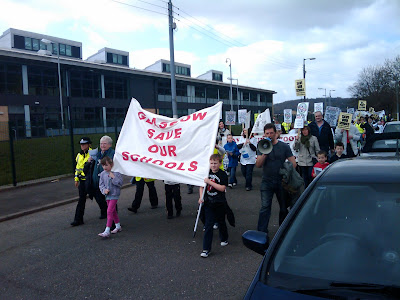 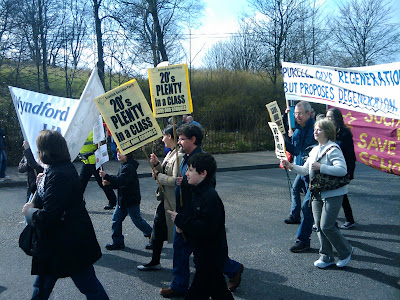 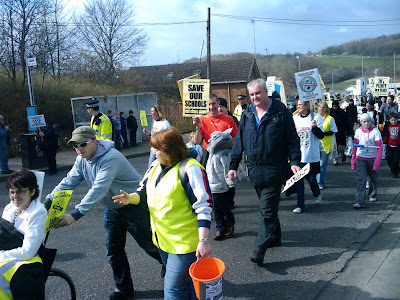 Save Our Schools - GLASGOW DEMONSTRATION! 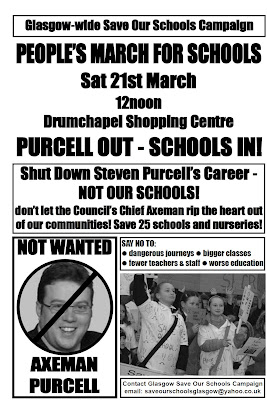 Thanks To Steve Hudson for stepping in to facilitate discussion on Saturday morning. Get well soon Eddie!

Steve told us about his impressions of Cuba and told us about some of what he witnessed there as part of the Scottish Socialist Party delegation to the country a few weeks ago. The party has made a lot of friends over there! It was a fantastic report - thanks again Steve for your interesting talk.

If you are interested in finding out about the country and what the delegation observed/discussed, please come along to Kelvin Branch special meeting on Tuesday night!

the branch has affiliated to the Cuba Solidarity Campaign.

Hear from members of the SSP's recent delegation to Cuba, see pictures

of the trip and sample genuine Cuban rum and authentic Cuban cuisine.


All comrades and friends welcome. 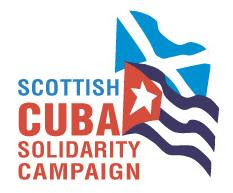 This Saturday we are changing venues (for this month only). Rather than going to Kirkintilloch Leisure Centre, we are having our "second Saturday of the month" meeting in Milton of Campsie Village Hall at 10am. The meeting will welcome Eddie Truman from Edinburgh SSP, who will be facilitating a discussion/educational on Palestine/Israel.

We will also be hoping to go on to Glasgow to help out with a "Save Our Schools" stall - helping build the demonstration on the 21st in Drumchapel (see below for details).

If you have any questions about any of thies, don't hesitate to email eastdunbartonshiressp@hotmail.co.uk
Posted by Campsie Scottish Socialist Party at 3/11/2009 01:33:00 pm No comments:

GLASGOW SAVE OUR SCHOOLS- DEMONSTRATION!!

Article by SSP member on the Miners Strike

Your Help Needed - Reveal Torture to Stop It

The government is lobbying hard for my exclusion. I need everybody to send an email to

to urge that I should be allowed to give evidence. Just a one-liner would be fine. If you are able to add some comment on the import of my evidence, or indicate that you have heard me speak or read my work, that may help. Please copy your email to

Please also pass on this plea to anyone you can and urge them to act. Help from other bloggers in posting this appeal would be much appreciated.

The evidence I am trying to give the parliamentary committee is this:

I wish to offer myself as a witness before the Joint Commission on Human Rights on the subject of the UK government's policy on intelligence cooperation with torture abroad.

The key points I wish to make are these:

- I was British Ambassador in Uzbekistan from 2002 to 2004.
- I learned and confirmed that I was regularly seeing intelligence from detainees in the Uzbek torture chambers, sent me by the CIA via MI6.
- British Ministers and officials were seeing the same torture material.
- In October/November 2002 and January/Februray 2003 I sent two Top Secret telegrams to London specifically on the subject of our receipt of intelligence gained under torture. I argued this was illegal, immoral and impractical. The telegrams were speciifically marked for the Secretary of State.
- I was formally summoned back to the FCO for a meeting held on 7 or 8 March 2003 specifically and solely on the subject of intelligence gained under torture. Present were Linda Duffield, Director Wider Europe, FCO, Sir Michael Wood, Chief Legal Adviser, FCO, and Matthew Kydd, Head of Permanent Under-Secretary's Department, FCO.
- This meeting was minuted. I have seen the record, which is classified Top Secret and was sent to Jack Straw. On the top copy are extensive hand-written marginalia giving Jack Straw's views.
- I was told at this meeting that it is not illegal for us to obtain intelligence gained by torture, provided that we did not do the torture ourselves. I was told that it had been decided that as a matter of War on Terror policy we should now obtain intelligence from torture, following discussion between Jack Straw and Richard Dearlove. I was told that we could not exclude receipt of specific material from the CIA without driving a coach and horses through the universality principle of the UK/US intelligence sharing agreement, which would be detrimental to UK interests.
- Sir Michael Wood's legal advice that it was not illegal to receive intelligence got by torture was sent on to me in Tashkent (copy attached).
http://www.craigmurray.org.uk/documents/Wood.pdf- On 22 July 2004

I sent one further telegram on intelligence got by torture, with a lower classification, following FCO communications on the subject. Copy attached.
http://www.craigmurray.org.uk/documents/Telegram.pdf
It was my final communication before being dismissed as Ambassador.

In conclusion, I can testify that beyond any doubt the British government has for at least six years a considered but secret policy of cooperation with torture abroad. This policy legally cleared by government legal advisers and approved by Jack Straw as Secretary of State.

Darling in an interview in today's Daily Telegraph announced the government is to spend up to £200 bn on buying back government debt. This in effect printing money to try and drive interest rates down by pushing the yield on government bonds down by pushing their price up and pumping cash into the system so that it can be lent out. It's an admission that cutting interest rates has had little effect on the economy and the Bank of England monetary committee may not cut rates as expected this week.

Printing money is a short-term desperate measure as doing this for any length of time is:one,inflationary and two, adds to the public debt which has ballooned from 35% of our economy (GDP) before the out break of the crisis in August 2007 to nearly 48% now. At some point we will have to pay for all this from increased taxes.

Stocks fell again today as the new measures show the desperate weakness of the UK economy. The FTSE 100 touched 3500 at one point. The Left Banker is predicting that the the FTSE 100 will touch the 2000 level over the next 18 months if the stock market reacts in the way it did in the 1974 recession. A full depression will see it hit the hundreds. This of course will have a disastrous affect on working class as a large part of their deferred wages are in their pensions and insurance policies which are invested largely in the stock market - about 80% of the market is indirectly owned by the working class through pension and insurance funds.

Just another manifestation of the crisis of capitalism and how it is pauperising the working class.

Article on the use of social networking (Facebook, blogs, second life etc) by Campsie member Neil Scott HERE
Posted by Neil at 3/01/2009 02:28:00 am No comments:

Financial Crisis- what we need to know.

More left coverage of the financial crisis at the LEFT BANKER site.
Posted by Campsie Scottish Socialist Party at 3/01/2009 12:46:00 am No comments: