Towards a Socialist Health Service 1978/79

I know nothing about this pamphlet, only that the message from 1978/79 is much the same as now as capitalism struggled to survive and in its struggle, made the working class suffer.  The message in this pamphlet may have dated in the money involved - but the message and lessons from their campaign have not.
The leaflet explains that, "The Sheffield Campaign Against Cuts in the Health Service was formed in June 1977.  the committee came out of the Thornbury Committee which had fought the first successful campaign against the Thornbury closure..."
I hope the successful fighters are still around to share their experience in fighting cuts.  Sheffield and the rest of the UK need their likes again in the face of the worst cuts and austerity measures ideologically imposed by the Tory and Liberal Democrat undemocratic coalition.
Other Pamphlets from the Past can be found HERE
Click on the images of the pages to expand. 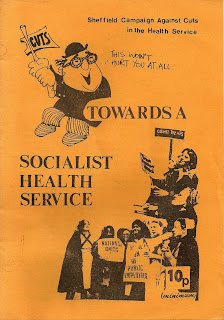 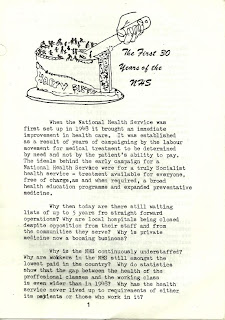 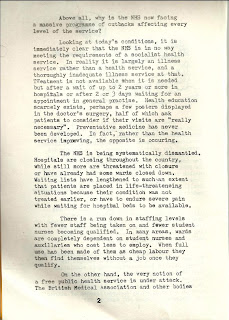 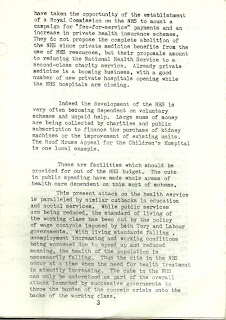 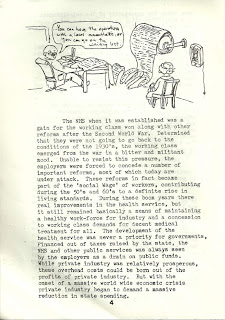 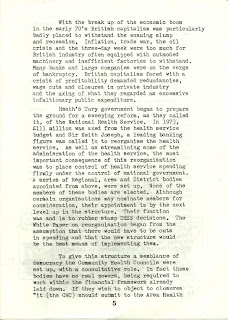 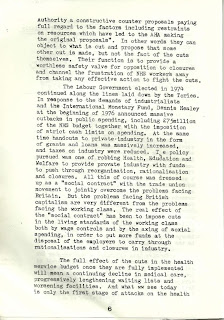 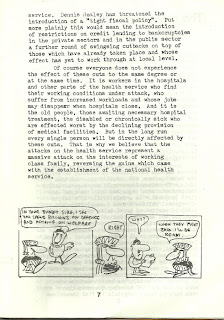 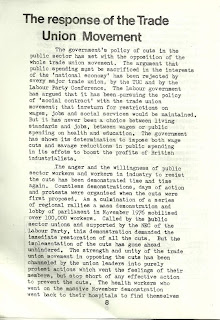 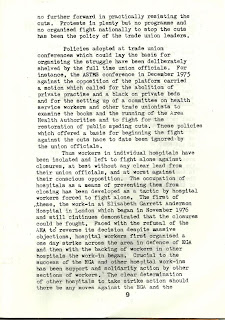 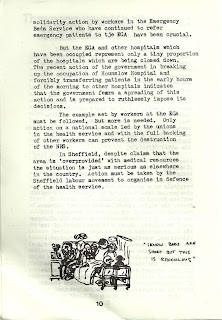 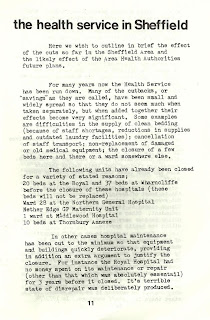 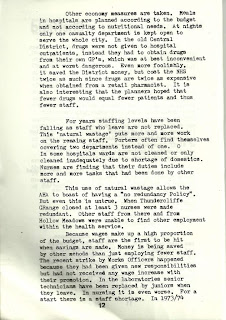 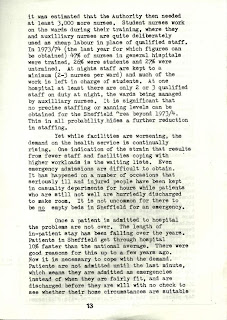 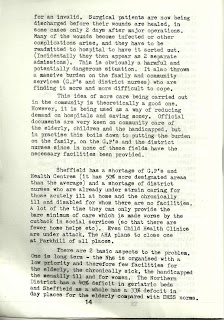 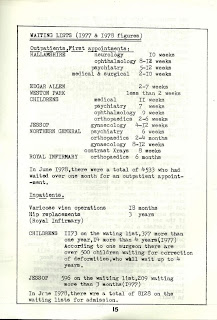 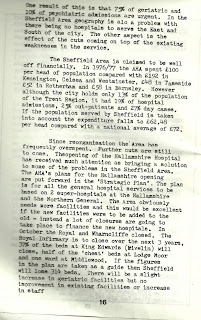 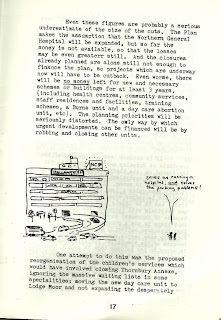 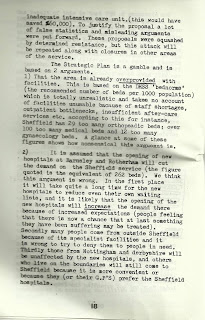 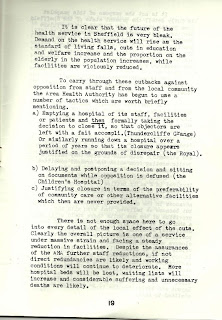 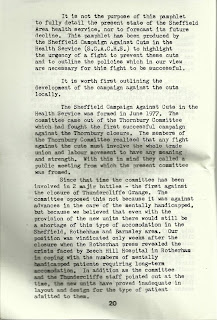 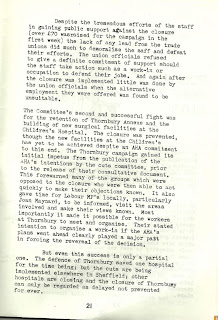 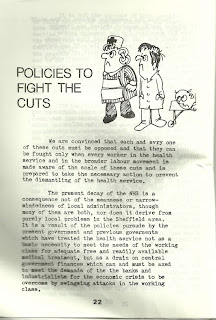 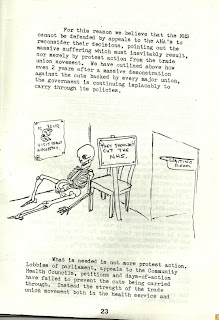 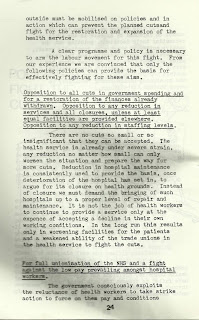 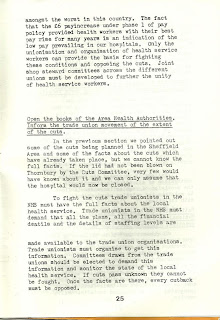 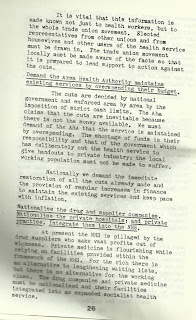 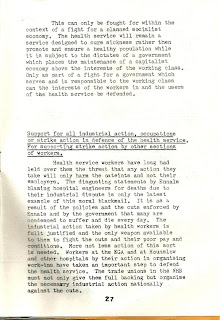 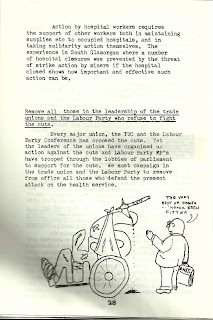