Wall Streets Drive to War by James Klugmann; May 1950

This pamphlet was written by the leading British communist writer, James Klugmann

Notes on this pamphlet:

"Why they want War – They want war because, as Lenin once said, war is terrible, but it is also terribly profitable."


“It is because America does not belong to the American people. The wealth of America, its mineral resources, its great plants and factories, its banks, its press, its government, are in the hands of a tiny group of great capitalists, whose aim is profit and not the welfare of the people.”

This is true of the missiles on the Gare Loch here in Scotland – we don’t own or control them. Instead, the millionaires and corporations controlling our democracy through ownership of the press and their ability to use their financial power to lobby the mainstream parties own and control the weapons of war here.
Back in the dark days of Blair and Bush, millions trod the streets of the UK in opposition to war in Iraq – yet the profitable thing to do for the oil corporations and the weapons of war manufacturers was to sex up documents that in their original form had shown no call for war. Blair’s wars were fought for the capitalist elite. No working class person profited… in fact the majority by far of the hundreds of thousands of people who have died in Iraq and Afghanistan have been the very poor. The majority of the soldiers who have died on all sides are working class people, driven to fight other poor people in the interest of shareholders and millionaires who sit comfortably and increase bank accounts that were used to bring down the economy across the globalised world. How much good would the monies used to build these weapons do for the poor and working class?

“Armaments can always be pushed if private (business) activity slows. War scares are easy to create and are nearly sure-fire producers of money for more and more arms.2 (The business journal US News and World report 17.2.50)


After WW2 bankruptcies in small business in the US increased, whilst because of the “red scare” mongering, large corporations connected with war (who had a 90% share in the national press) increased their sales by 5% by 1948. In a call reminiscent of the present cuts agenda of the ideologically driven Tories and Liberal democrats, the Magazine of Wall Street said about social welfare in 1950 – “this is not the time to strain the economy by pushing ahead with all kinds of social experiments which would add billions to the budget.”

This pamphlet is a great read. A fantastic expose of the post WW2 capitalist ecomomy and a great tract against the use of nuclear power for war.

Click on the pages to expand.
More pamphlets from the past HERE 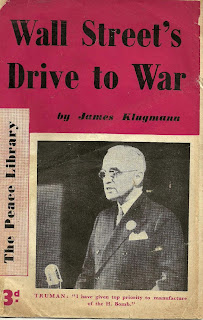 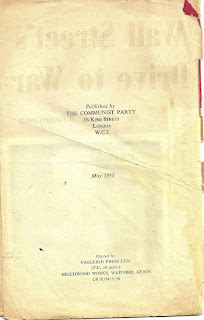 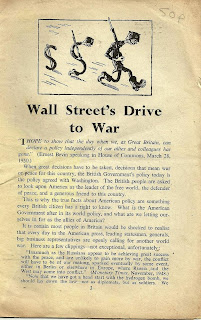 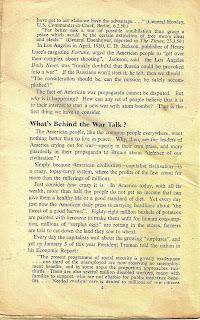 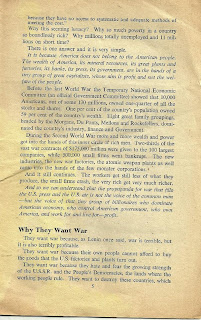 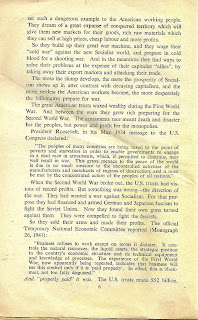 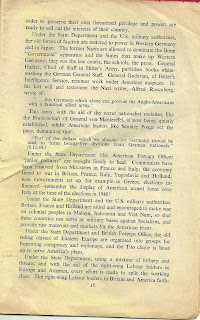 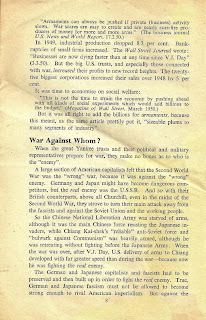 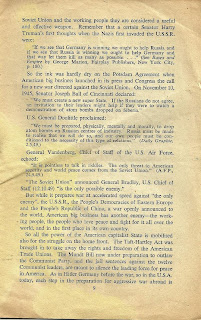 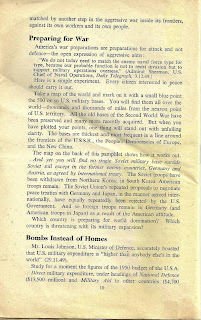 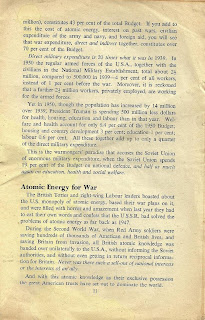 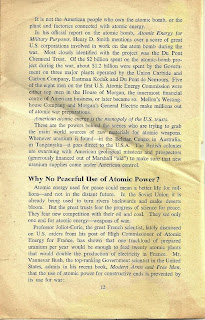 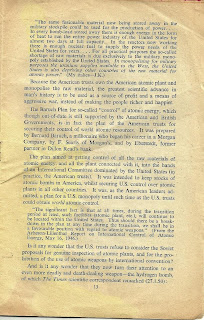 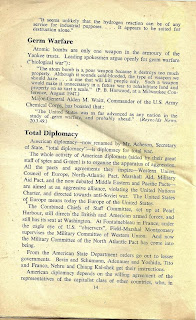 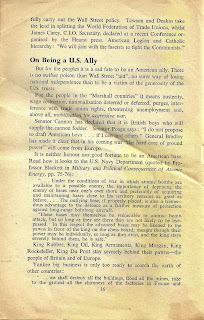 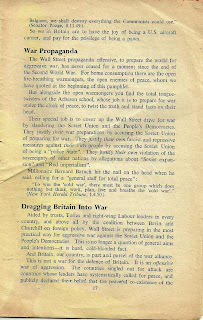 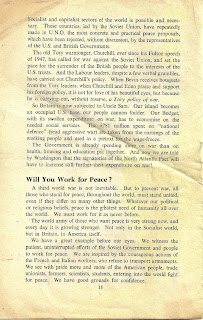 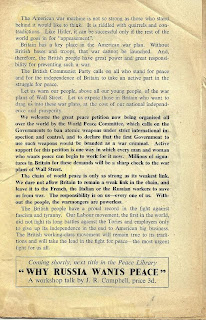 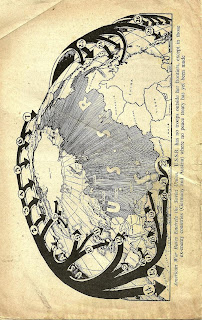