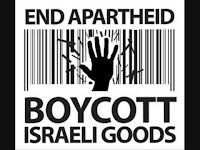 The West Dunbartonshire boycott reads, This Council condemns the massacre of 9 peace activists by the Government of Israel, and the continuing blockade of Gaza. Council notes these brave people were trying to deliver 10,000 tons of humanitarian aid to Palestinians in Gaza which has been blockaded since 2007 by the IDF. This Council therefore re-affirms its current boycott of all Israeli goods. Council also agrees to write to all Scottish Local Authorities, Westminster and Holyrood Governments calling on them to implement an immediate boycott of all Israeli goods.
Motion by Councillor Jim Bollan – Boycott of Israeli Goods

US based CiF Watch have posted an article by contributor, Aussie Dave, who has said “Jim Bollan: you are going down.” (see HERE )

The site, was purportedly set up to counter Guardian articles about Israeli Human Rights infringements in the occupied territories and Gaza (see Amnesty International concerns about Israel HERE  and HERE ), but seems to have been set up to threaten anyone with a contrary view to Zionist propaganda.

CiF Watch have refused, contrary to their own site rules that state, “Comments which are ad hominem, racist, contain threats of violence or other inappropriate material will be deleted,” to withdraw the article. In a Twitter conversation with a SSP Campsie member, CiF first denied there was a threat and then said the threat came from Jim. The person behind the Twitter account does not seem to have control, or understanding, of the posts on the CiF site.

(Screen grabs of original article below) 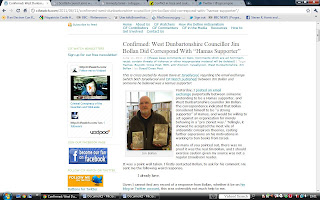 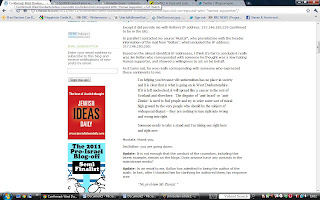 SSP statement after the Israeli storming of the Peace Flotilla HERE
Podcast and video of Jim Bollan HERE and HERE
Posted by Campsie Scottish Socialist Party at 6/15/2011 08:20:00 pm