A large contingient of SSP members and supporters marched in support if the calls to Scrap Trident today in Glasgow.

SSP co-convenor, Sandra Webster said, "It is so inspiring to see so many people fighting for the future of our country. This proves we are a caring nation. No-one in Scotland would want our nation to be the launch-pad for weapons that could annihilate entire cities of poor and working people.

"A Yes vote in the referendum next year will, I am convinced, mean the eradication of nuclear weapons from the British Isles, and quite possibly, Europe!" 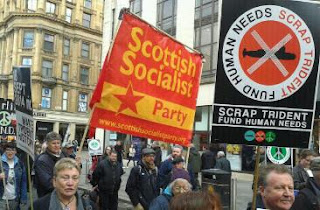 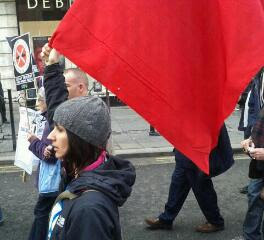 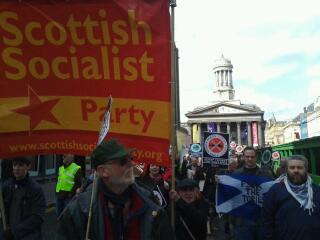 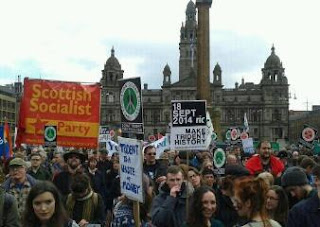 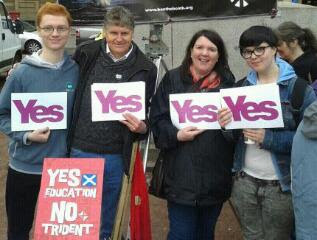 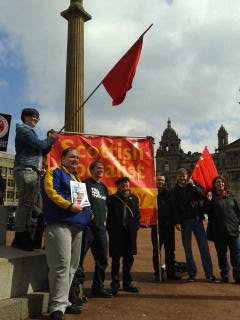